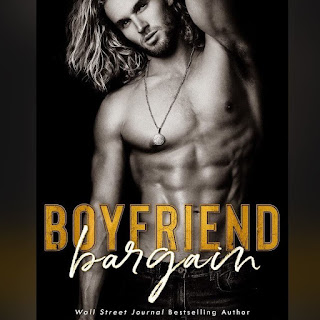 Broke and desperate, Sugar Ryan has no use for arrogant, bad boy athletes . . . until she’s forced to bargain with the cockiest of them all.

If only he knew she was alive.

Her mission? Get on this hockey player’s radar any way possible.

Zack Morgan is the king of the ice and the bedroom—but nothing prepares him for the mystery girl who shows up everywhere he does—frat parties, his favorite bar, and finally his front door with an offer he can’t refuse. The only rule in her boyfriend bargain: no falling in love.

But after one (um, two) smoking-hot hookups, he’s done with pretending and vows to make their fake relationship real. Too bad she can’t trust a player with a reputation for breaking hearts.

Will this hockey star score his forever girl or will their Boyfriend Bargain end in heartbreak?

There's nothing better than losing yourself between the pages of a good romantic book. Ilsa is an author who never disappoints me and is an automatic one click for me.

Zach is the star hockey player on campus he's one step away from the big time. Sugar is an aspiring law student who needs his hell to get into the college of her dreams.

This story is about so much more than sports. It touches on some very real life issues. Zach may come across as the typical cocky sports star however as the story develops we learn who he really is. Sugar was a fun character to read she's a delightful mix of fun vulnerable and determined.

I adored Sugar and Zach as a couple. They have insane chemistry and witty banter. What I liked the most was the very real believable friendship they built.

Another well-written book with characters I believed in and a storyline I loved.

Ilsa Madden-Mills teased me for months. She dropped the Mic and told us she was writing a new sports romance. She released some teasers and eventually a blurb. But she held back, she taunted and teased us. She made us shiver in anticipation for the cover reveal! Now I have this gorgeous specimen on my kindle...

I couldn't hold out. I couldn't put him aside. So I jumped right in and I don't regret one second of it! Boyfriend Bargain is sexy and intense. It was emotional charged and deep. It's also fun and flirty. With an incredible cast of characters that leave stars in our eyes and future stories waiting to be written. Everyone is sure to find someone or something they need in what I hope is the start of a new series! 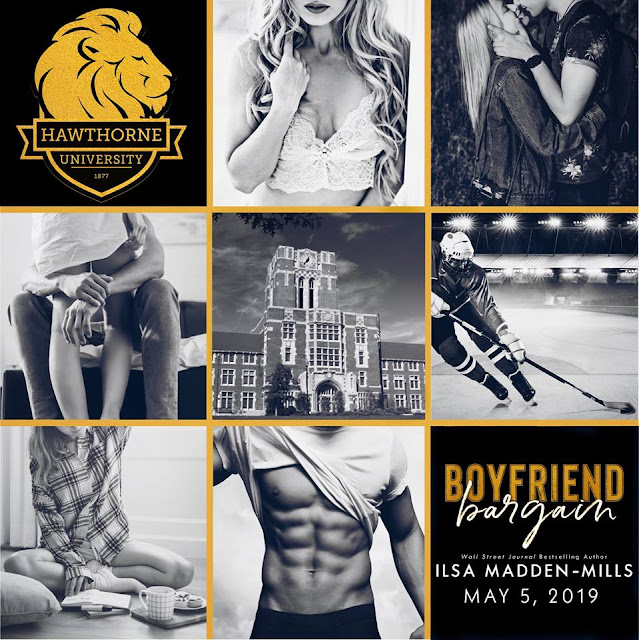