American King, the stunning conclusion to The New Camelot Trilogy by Sierra Simone is available NOW!!

They say that every tragic hero has a fatal flaw, a secret sin, a tiny stitch sewn into his future since birth. And here I am. My sins are no longer secret. My flaws have never been more fatal. And I’ve never been closer to tragedy than I am now.

I am a man who loves, a man whose love demands much in return. I am a king, a king who was foolish enough to build a kingdom on the bones of the past. I am a husband and a lover and a soldier and a father and a president.

And I will survive this.

When I was twenty-two, I met a prince. He seemed to be the exact opposite of everything I was—loud where I was quiet, smiling where I frowned, careless where I was careful, careful, careful. Embry joined the Army because Vivienne Moore wanted her son to craft the perfect politician's resume. I joined because it seemed like the place to continue my never-ending quest for honor; because becoming an officer in the Army had a certain cachet in my neighborhood; because I wanted to somehow cosmically return the favor for my college scholarship; because the structure and rigid hierarchy of military life appealed to me. Most importantly, I joined because I knew Carpathia was the most dangerous place in the world at the time, and I felt needed there in a way I can't describe. It was like a barometric pressure that made my bones and teeth ache when I tried to resist it. I knew that I was supposed to be there in the same way I knew that God was real or that I was bisexual. It was a fact, even if it couldn't be seen. And after all that, then I see this lieutenant refuse to break up a fight? When we were there on the brink of war and responsible for safekeeping innocents nearby? No. I wasn't an angry person, but I was a disciplined one, and the one thing I couldn't tolerate in other people was a lack of it. I only meant to shake some sense into him, to tell him clearly and unmistakably that he wouldn't get away with that shit while I was around, but then he turned, and I saw his face for the first time. And it was over. Done. One look at those winter-blue eyes and those delicate lips and I was finished. One glance at his lean, long body, and I was falling. Every part of me responded with heat and flush and wrenching want, like a hook had been fastened somewhere in my chest and was now giving an almighty tug, and the only thing to ease the ache would be to get closer, closer, closer. I'd never seen a boy so beautiful. Haughty as he was, overindulged and so obviously dissolute, he was the loveliest person, boy or girl, I'd ever seen. I still pinned him against the wall, though. And it was when I had him against the wall with my forearm on his throat and my body trapping his that he sealed his fate. As I was choking him, he looked at me with his whole world in his eyes.

I was not previously familiar with the story that this one retells, so everything was pretty new for me. I enjoyed the fact that I had no preconceived notions of the storyline and could react accordingly throughout the experiences of his series. Being that as it may, I was doubly unprepared for the depth of emotion and vulnerability I felt while riding along this punishing journey with these characters. Their love for each other is severe and runs right down into the very fiber of their being. There really is nothing that can hinder this connection to each other. It’s a powerful thing.

Through everything that Ash, Greer and Embry endures and the shocking changes amongst them and secrets revealed, can they still come back together after everything that’s happened? What are they ultimately willing to risk? 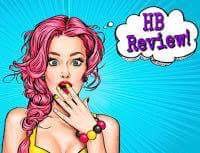 New Camelot is THE SERIES to read RIGHT NOW! I cannot even begin to explain the angsty and suspense that this series brings into your life. You are immediately drawn into this story, and it holds you captive until the very end. If you grew up reading and hearing about King Arthur, Guinevere, and Lancelot, then you will see how this story pays tribute all the way throughout, but it still remains it’s own individual, equally enthralling tale. After reading American Queen and American Prince, I was dying to get my grabby little hands on American King. I Absolutely HAD to know what was going to happen next. Embry stole my heart completely and I had to know what was going to happen. I was nowhere near prepared to experience what would come at me in this book. I am still reeling from all the events. I highly recommend that every human (over 18) read this book! It’s hot, and emotional, and multidimensional. Now onto the warnings...

⚠️ WARNING:
-you NEED to read American a Queen & American Prince first.
- you WILL get completely sucked in
- you WILL forget to sleep and feed yourself until you finish.
-you Will feel all the feels.
-This story IS HOT!! Like, forget to breathe, and have to take frequent breaks to slow your heart rate, hot.

Sierra Simone is a former librarian who spent too much time reading romance novels at the information desk. She lives with her husband and family in Kansas City.
Connect with Sierra: