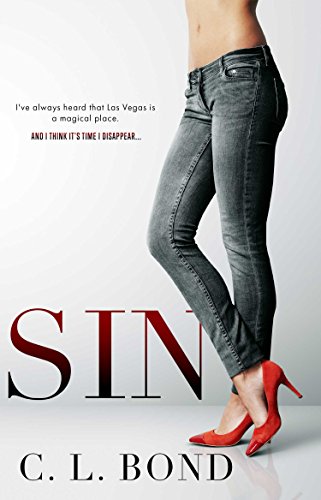 My name is Morgan Sinclare. My father is a United States Senator. He’s kept me locked away for most of my life in private all-girl schools, in our home. But I just heard what he has planned for me. He’s sold my hand to the highest bidder. I’m supposed to marry one of his friends, someone twice my age. I’m biding my time, acting like the giddy bride-to-be, like the dutiful daughter.

We are to elope as soon as possible to seal the deal. I acted devastated that I wouldn’t get my dream wedding, so they’re letting me choose the honeymoon location. I’ve always heard that Las Vegas is a magical place. And I think it’s time I disappear....

***SIN is a serial novel. This means that the book will be released in parts, or increments, similar to episodes in a television show. SIN is intended only for mature audiences (18+) due to adult language and situations.

We meet Morgan on her way to Vegas to get married to a man she neither likes nor loves. She has a plan, she’s going to run after all Vegas is huge he’ll never find her there.
The story quickly draws you into Morgan’s new life, it’s one full of new people and experiences with sine laugh out loud moments along the way. Morgan is not street wise at all, she’s been kept sheltered by her father so everything Is new and exciting.
Along the way she meets Shane an MMA fighter, trouble never seems very far away from him and he has a secret. They have what I would call a volatile fiery passionate relationship.
The story ends not on a cliffhanger but sets the story nicely up for part two.


Is it wrong that I kept eye-balling the giant table, wondering how it would feel for Shane Justice to lean me back onto it and fuck me into a stupor?

My face began to heat up. Shane chuckled.

“What’s so funny?” I challenged.

He leaned in close. “You seem to be focusing awfully hard on that table, Sin.”

I shrugged. “I’m imagining the amazing meals we’ll be eating there soon.”

He looked me up and down, slowly. “I’m imagining the same thing, baby.” 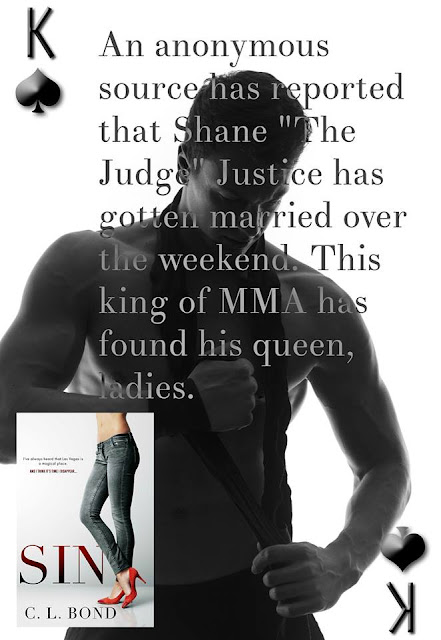 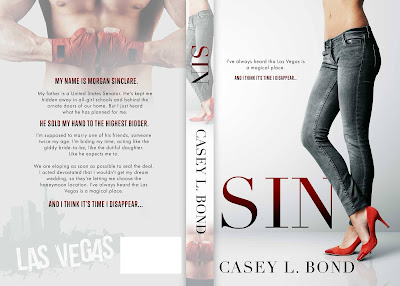