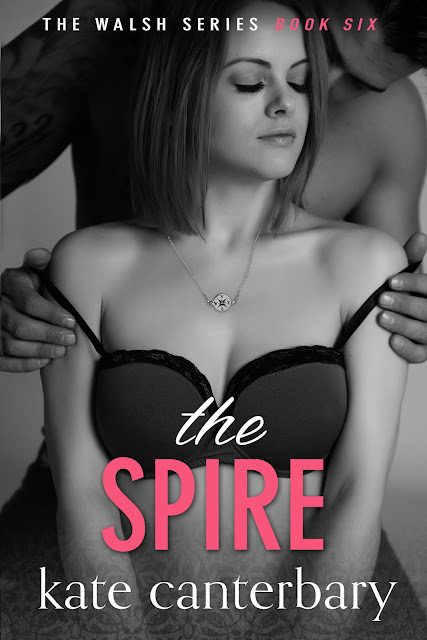 Nine years ago, Erin Walsh ran away from everything.

The only permanence in her life is catastrophe.

She travels from country to country, chasing disaster, teasing fire, playing with poison. She guards against real connections, and shuns the only family she has left.

She holds everyone—even her siblings—at a mile-long distance. It's the only way to protect herself.

But she can't protect herself from him.

He's the ice to her fire, and he's willing to sacrifice everything to bring her home.

I've never read the previous books in this series and although it's not necessary to read them, I think it would give a more rounded understanding of the other characters.
I have to be careful whilst writing this review because of something huge that is revealed ( it's a shocker ) he-he!

Erin is a runner, she runs from reminders of the past, runs from her family, she runs from love. She's a character that slowly grew on me and by the end, I became her biggest supporter.

I can't tell you anything about her love interest, but I will say he's mine, he never gives up on her, he understands her like none else.

A fantastic story with characters I fell head over heels in love with.

by Becky Rendon
4 of 5 stars

Feeling like a cheater, I grabbed onto this book with both hands. Cheater because I have books one and two of this series but heaven yet to read them. I checked and people said it's a stand alone but not. So I will say yes it's true, you can read this book and fall in love with the Walshes without knowing anything else about them. However, you will wind up buying them all on Amazon to do a bit get read through. I say that and it sounds like it's a bad thing but it isn't. The Walshes are the kind of functional dysfunction family I want to be a part of.

Per the author's request, we aren't supposed to divulge spoilers. Not having read the rest of the series I'm not sure what would be so spoiler, other than saying everyone dies... No, they don't, but I wanted to mess with you.

Erin Walsh was the ever present reminder of bad things. Bad things that happened to her, the family, and things she did that weren't so awesome. Running away was her only way of coping.

But running gets tiring, coping without dealing isn't helpful, and life seems to speed on by. Enter hot Doc. Enough said right there. This man, holy hellfires, he's a keeper. Once I find a way to explain I need a divorce to my hubby to marry a fictional character, Doctor Nick will be mine.

The chemistry.
The relationship.
The emotional connection.
It makes you long for their kind of special...But the cons are big and they are looming like black clouds.

It's a fun, feisty story. With a cast of characters that I'd love to call family friends, I am a newly converted Walsh. Maybe Riley will give me the time of day... 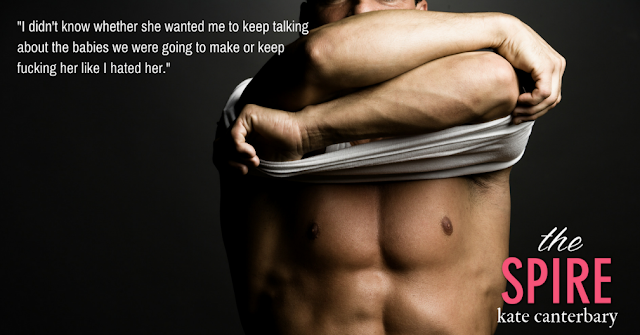 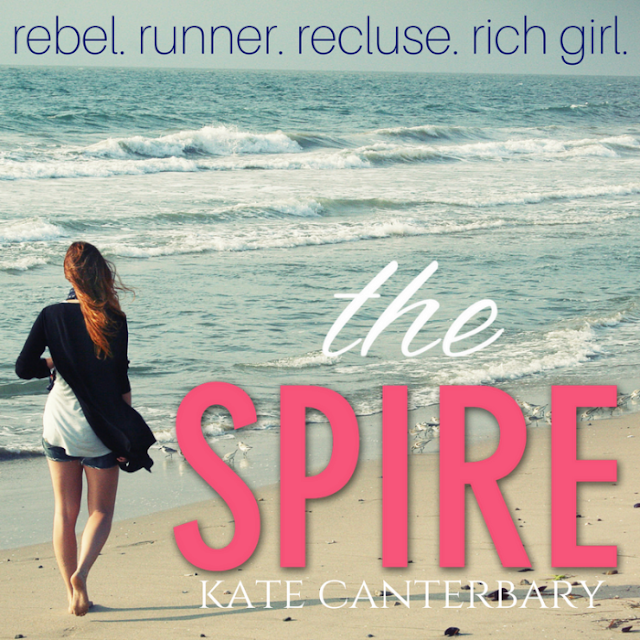 I gave her a little shove, and she fell to the mattress. She aimed a meaningful glance at my jeans, and that was all the encouragement I needed to drop them to the ground. She crawled backward, and I followed, stalking her every movement until we were flat against a bank of pillows.

"Hi," she said, running her hand up my flank and over my shoulder. She hooked her leg around my waist and pulled me flush against her. My cock was acutely aware that only my boxers and her panties separated us, and was alternately thrilled with that situation and impatient as hell. She smiled, a little shy. "I like the way you touch me."

"That's good because I really enjoy touching you," I said, bringing my lips to her neck and trailing them down between her breasts. "I didn't want to let you go when I met you last night. Wanted to keep you all to myself."

"Oh," she said, her eyebrow quirking as if this was an peculiar sentiment. "I don't think anyone's ever wanted to keep me before."

Fuck, she was too much. Just too much. Beautiful and rough around every edge yet vulnerable and sensitive.

"I want to keep you," I said, sliding my fingers behind her back to unclasp her bra. "I'll keep you as long as you let me, lovely." Her arms moved to her chest the minute her bra went flying over my shoulder. That vulnerability? There it was again. "And I want to see you, too."

A groan was rumbling past my lips the second her arms went around my neck and she was bared to me. I thought her tits were a crime in that t-shirt, but I had no idea. They were full and pale, and delicious. I licked and sucked as if I was trying to consume her, and maybe I was.

"Say something," she whispered, her fingers raking through my hair. "I want…I want to know what you're thinking."

I released her nipple with a satisfied groan, and then dropped kisses on each of her breasts before finding her eyes. "I'm thinking get me inside you right now."

Our lips met as my fingers inched her panties over her hips. I could take her just like this, face-to-face while I tasted her hungry hums, and I'd want for nothing.

"It only matters what you want," I said, tipping up her chin. "Don't worry about what I think, or what you think I'm thinking. Tell me what you want."

Erin's fingers clawed at my boxers, and together we got them over my hips and out of the way. Her panties were long gone and my cock was in love with the wet heat between her legs.

I shook my head and dropped a kiss on her forehead. "Never." 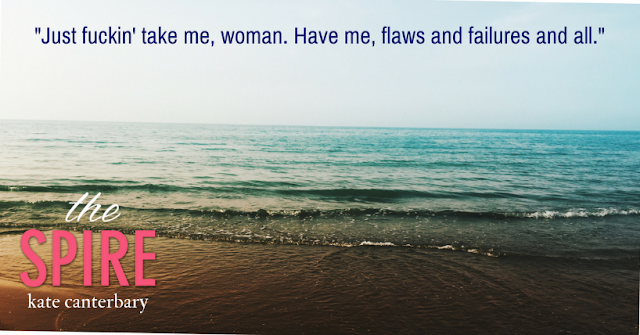 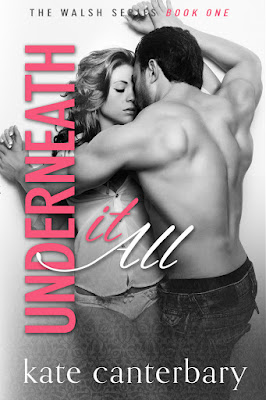 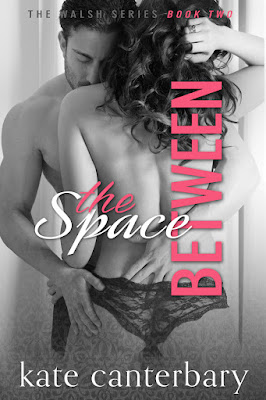 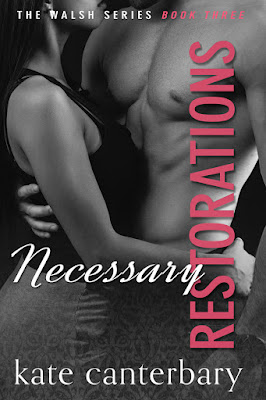 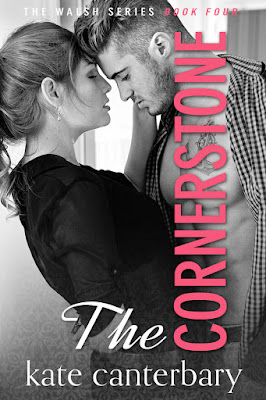 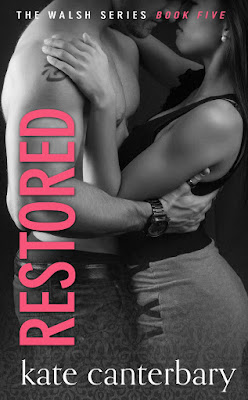 Kate Canterbary doesn't have it all figured out, but this is what she knows for sure: spicy-ass salsa and tequila solve most problems, living on the ocean--Pacific or Atlantic--is the closest place to perfection, and writing smart, smutty stories is a better than any amount of chocolate. She started out reporting for an indie arts and entertainment newspaper back when people still read newspapers, and she has been writing and surreptitiously interviewing people--be careful sitting down next to her on an airplane--ever since. Kate lives on the water in New England with Mr. Canterbary and the Little Baby Canterbary, and when she isn't writing sexy architects, she's scheduling her days around the region's best food trucks. 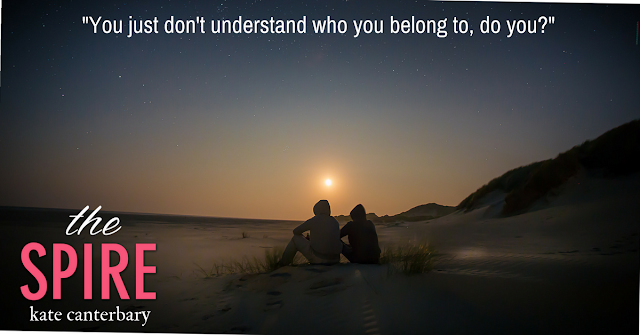