SNEAK PEEK AHEAD! Celebrity by Sienna Snow is just ONE WEEK away! 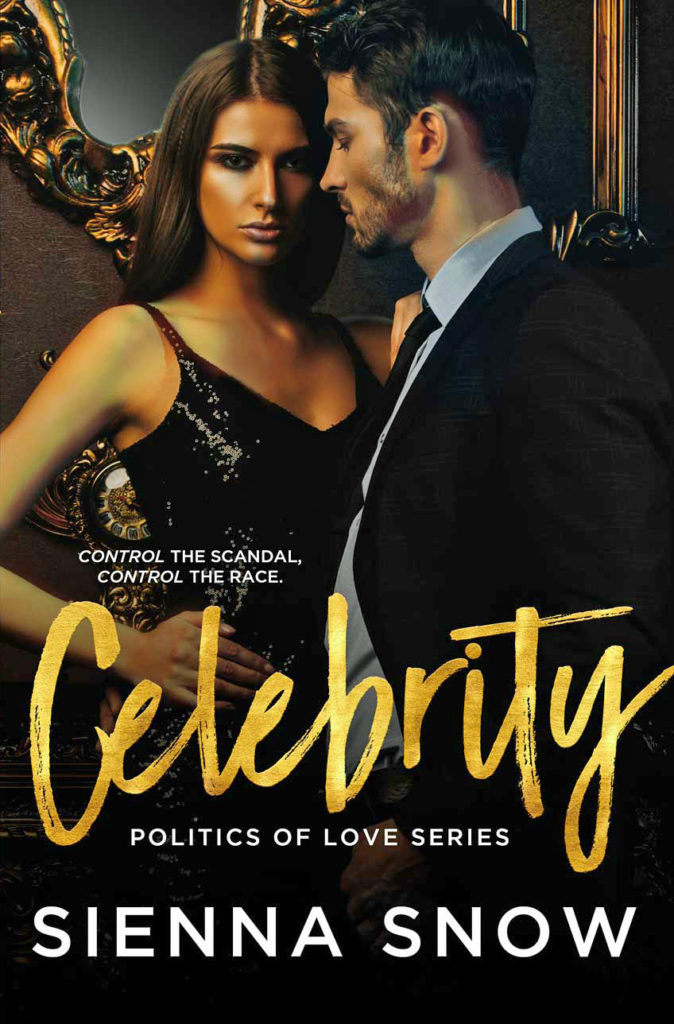 THEN ENTER TO WIN A $50 GIFT CARD → https://goo.gl/forms/WzQ6NAlkTtItzoYl2

CHECK OUT THIS EXCERPT:

What was I doing with Dev? Why couldn’t I keep my hands off him?

Because he’s turned you into a nymphomaniac who only craves his cock.

I shook the thought from my head as the aroma of freshly brewed coffee hit my senses.

Time to get moving.

I quickly showered and dressed in a light summer maxi dress before heading to the kitchen.

As I passed through the archway, I noticed Dev scanning a group of documents on the counter with a frown on his face. He always had that look when he was trying to solve some puzzle.

He wore a fitted T-shirt and loose cotton pants, a strikingly relaxed contrast to his always put-together look. When he dressed like this, every contour of his body was visible.

The very body I shouldn’t have played with earlier.

There was no way I was going to be able to resist him. I’d just have to set the boundaries before anything happened.

Who was I kidding? I was fucked.

I had to tell him before we went any further. Then I’d know if there was a solid chance to fix our relationship.

“What are you looking at?”

He lifted his gaze and gave me his “better start talking now” glare that usually scared anyone he had on the stand. Too bad it didn’t have any effect on me.

“Were you going to tell me?”

“And why is Representative Jones calling you?”

I walked up behind him, noticing the phone with five missed calls and the Senate candidacy papers I’d forgotten to put away, and cringed.

“This isn’t how I wanted to tell you. For the record, I haven’t filed anything with the Secretary of the Senate. And it wasn’t until after Jacinta’s last visit that I decided to officially throw my hat into the ring and challenge Sanders.”

“So, what you’re telling me is that my sister knew you were considering a bid for US Senate and I didn’t.”

I cocked a hand on my hip. “First of all, we’ve barely been in the same room for the last few months, much less had time to discuss my plans for the future. And second, Jaci is my best friend.”

“I’m your husband.” He towered over me. “What about Tracy Jones?”

“She’s my adviser. She has experience with situations like mine.”

Tracy used the notoriety she’d gained after she represented a well-known movie star in a murder trial to run for the US House of Representatives. She’d become famous more for her looks and attitude than the case itself. She was the perfect person to navigate me through the waters I was about to enter.

“Listen up, buster.” I poked a finger into his chest. “You do not get to tell me what I do with my career. Did you consult me when you put your hat into the ring for the judgeship? You made a unilateral decision that kept me in the shadows.”

“I’ll admit it was one of my stupider decisions. But this is different. You’re about to jump in with the big dogs. You’re too nice. They’ll eat you alive.”

“Have you seen the people I represent? Most of them are politicians. I’ve handled the worst of them. Give me some credit.” I fixed him with an annoyed glare. “Men have such double standards.”

I pushed past Dev and grabbed the French press, pouring myself a giant mug of coffee.

After adding the perfect amount of sugar and milk, I brought the cup to my lips and chugged.

Yes, finally my morning sustenance. The bittersweet concoction ignited my cylinders and prepared me for the man growling at me.

I set the empty coffee cup on the counter.

“Now that I can function, I’ll listen to your tantrum about my potential bid for US Senate.”

“If you run, is the ticket going to say Kumar or Camden?”

I turned with a frown. “Of all the things to worry about, you’re concerned about my name.”

I lifted my chin. “Aren’t there enough Senator Camdens in the world? Hell, Jacinta is positioning herself to run in Texas.”

He stepped in front of me and pressed me back against the quartz island with the front of his hard, sculpted body.

The contact made my nipples harden, and there was no way to hide my reaction since I wasn’t wearing a bra with the stupid dress I’d put on.

“What I want to know is are you running as the married Mrs. Camden or the single, celebrity attorney Ms. Kumar?”

His erection molded itself into my stomach and all I could do was lick my lips.

“I want to know if I’m going to be a senator’s husband or in the shadows.”

I scowled as my arousal cooled. “Like you did to me?”

“Yes, like the asshole I was and did to you.” 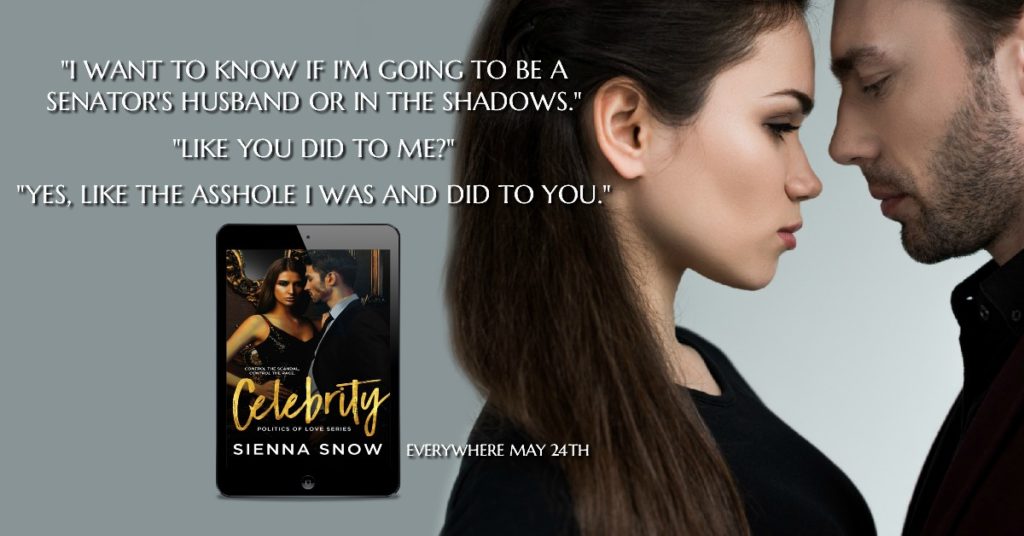 About Sienna
Indian-American author Sienna Snow is a supermom writer with two Bachelor’s degrees and two Masters under her belt. Her trilogy of romantic fiction aims to shatter the stereotypes associated with weak female characters pervasive in romantic and erotic fiction today. Inspired by her years working in corporate America as a management consultant, Sienna has created a narrative around strong, successful businesswomen who know what they want and exactly how to get it – without the need to seek support and praise from their male counterparts. In fact, the heroines in her books are billionaires, but this time with female characters taking the lead role. The trilogy starts with Rule Breaker (Release November 1, 2016 by Hachette Group’s Forever Yours imprint). From diverse backgrounds, the heroines are smart, well-educated women who choose to find love through atypical circumstances. Sienna has taken the stereotypical billionaire story and spun it on its head.

Posted by Sweet Spot Sisterhood at 12:31 AM