THERE IS NO FORCE STRONG ENOUGH TO TAKE HER FROM ME... 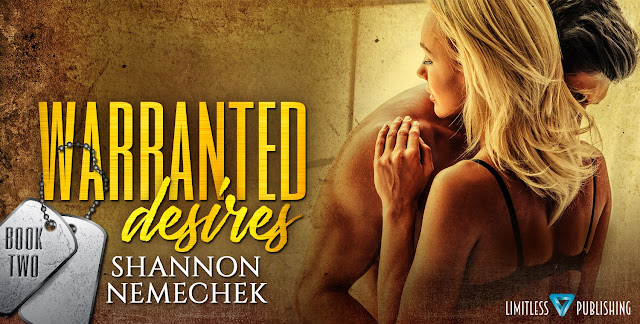 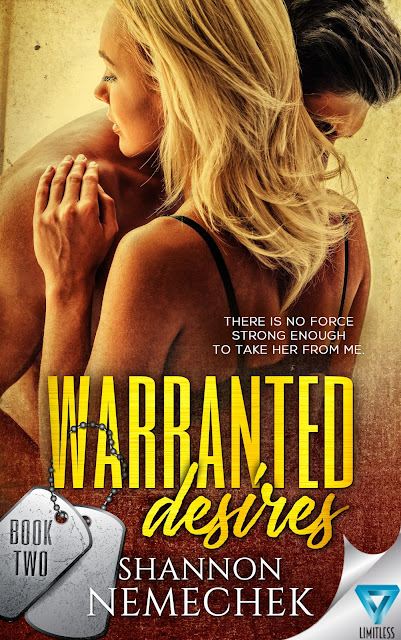 It’s been six months since all hell broke loose. Six months since I killed the organization’s leader. And six months since I fell for the love of my life.
Samantha and I thought the worst was over, that we would be able to move on—together. But we were wrong.
What we thought was in the past has now come back to haunt us. We’ve only managed to scratch the surface of this war raging against terrorism, and we have no idea who to trust anymore.
But one thing is for damn sure. I won’t let anyone hurt her. I will keep Samantha safe…even if it kills me.
Add to Goodreads
Purchase at Amazon 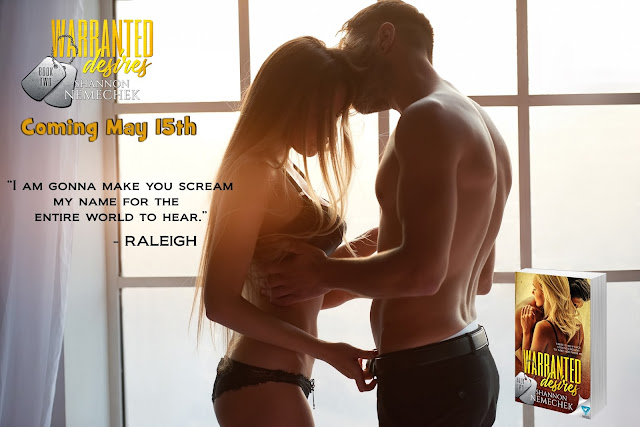 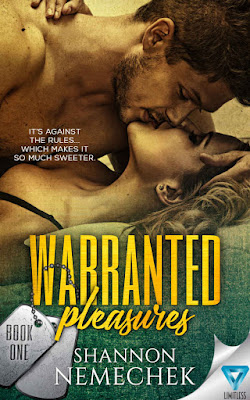 Add to Goodreads
Purchase at Amazon 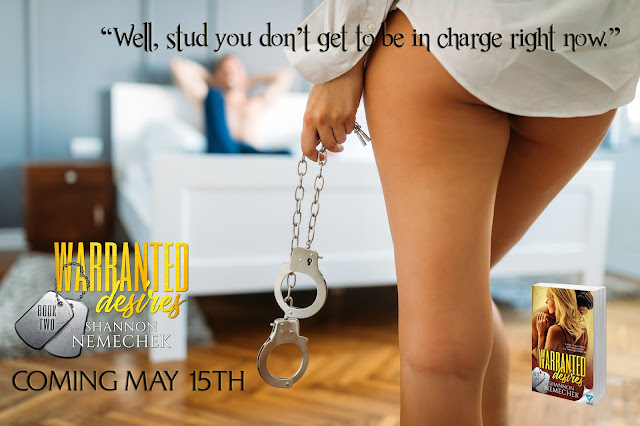 EXCERPT
Where could that man be? Sam wondered as she grabbed a sheet from the bed, wrapping it about herself as she started the coffee. She had already been up nearly half an hour, and he still wasn’t showing. Not even a note, weird. Must not have gone far then. As the coffee pot filled with water, she caught what she thought was Raleigh’s voice in the hallway. Turning off the water, she strained to listen. Yep, that’s him. She inched closer to the door and, still unable to hear clearly, pressed her ear against the wooden door and heard his voice clearly.
“Yes, sir,” he said. “I can report to Fort Bragg as soon as we close up this investigation.” Sam could feel a lump in her throat start to form as she listened to the excitement in his voice. This is something he wants.
“No, sir. I have nothing holding me in Alabama. Nope, no relationship either. I am as free as a bird.” His words cut through her.
No relationship? Nothing holding him? Report to Fort Bragg? None of this made sense to her; they hadn’t known each other long, but he never mentioned leaving and had continued to express his love for her and how he never wanted to leave her side. The tears started to flow as Sam tried to hold herself back from flinging the door open and punching him in the throat.
Stopping herself, she paused and thought about it. He was right—they didn’t have a “relationship” and there wasn’t anything holding him back. Just because he says he loves me doesn’t mean we’ll be married and live happily ever after, white picket fence and all. Besides, I’m not the white picket fence kind of woman. What does Happily Ever After mean in the first place?
Samantha paused and pressed her ear against the door to catch more of the conversation just as she heard the door key click. She quickly jumped clear of the door just in time and made it to the bathroom, standing in front of the mirror when Raleigh waltzed in, a huge smile on his face.
Seeing Sam in front of the mirror as he entered the room, he snuck up behind her, scooped her up in his arms, kissed her, and tossed her onto the bed, jumping next to her. “Good morning, darlin’. How’d ya sleep?” he asked as he propped his head up, looking down at her.
“I slept fine. I’m good.” Straining to rise, she uttered, “I’m just fine.” Her lips were pursed and her eyes almost burned with anger.
Confused, Raleigh sat up as Sam stood in front of him naked. “Well darlin’, you don’t look okay. You look pissed. If I didn’t know any better, I would think those hazel eyes of yours want to burn a hole right through me. Did I do something?”
“No,” she snapped back. “I’m okay, just sore is all.” “Well, baby, do you want me to give you a massage or we can get into the shower and see what comes up?” He smiled and winked at her. She couldn’t resist that damn smile, let alone be mad at him. Samantha smiled back. He will tell me in his own time. For now, I will enjoy what he has to give and hope for the best.
Samantha looked down at him, her eyes bright with anticipation. “Well, what are you waiting for?” she spoke, extending her hand to his to pull him up from the bed and into the shower. It didn’t take much for Raleigh to figure out what she was hinting at; he grabbed her hand, sprung to his feet, and pulled her into the bathroom all in one complete action. Sam giggled as he picked her up and placed her on the bathroom counter. When he bent over to turn on the water, she slapped him on his ass.
She did love that ass of his, so tight and firm he could crack a walnut between those cheeks.
“Whoa now, missy. It ain’t time for that yet. You will get your chance to play. Right now, it’s my turn.”
As he turned toward her, she could already see the effect she had on him. She never thought of herself as someone who could affect a man that quickly. They hadn’t even gotten started with the fun stuff yet. 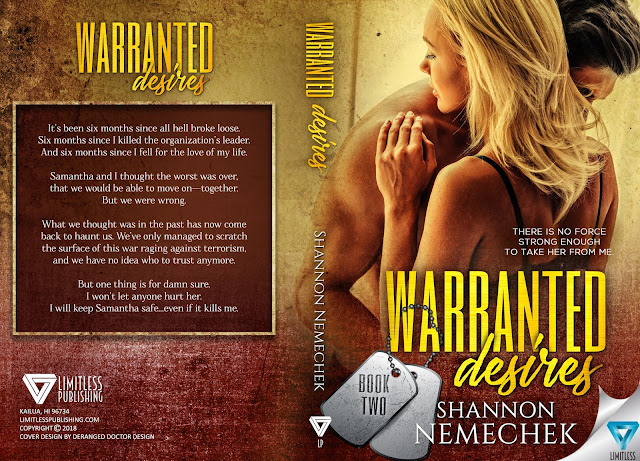 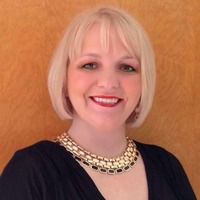 Shannon started her writing career while still serving in the US Army. As an NCO in the Army she lead and trained soldiers.
Shannon grew up in Macomb, IL where she graduated from High School in 1987 and soon after joined the US Army. Shannon served from 1987 to 2015 during Operation Desert Storm and during Operations in Iraq and Afghanistan.
In April 2015 Shannon retired from the US Army with 23 years of service as a Unit Supply Sergeant in several Army unit overseas and the United States. She served as a US Army Recruiter for 4 years and She holds a degree in clinical psychology and has been awarded multiple awards during her Army service. She is a mother of 4 children and a grandma to 2 beautiful Grand-daughters. She has been married 24 years to her husband, Ken. They reside in Staunton, IL a small town along Old Route 66.
Website | Amazon | Bookbub |Goodreads | Facebook | Instagram | Twitter
SGT NEMO'S NUTS
Men of the 9th Facebook Fan Page 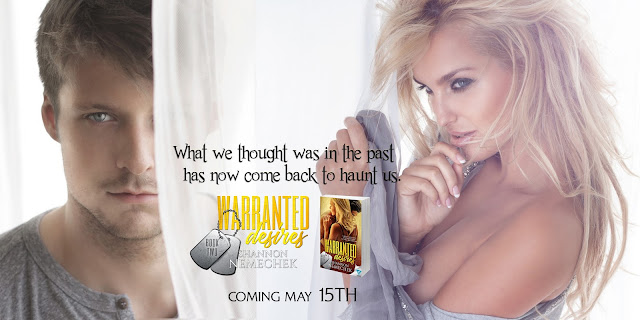