Rock star Kendrick Main is living the dream—or so it seems to the outside world.

In reality, he’s trapped in a lie that’s consuming his soul and destroying his family. For years, the owner of his record label has manipulated and blackmailed him, forcing him to deceive the world and hide the existence of those he loves the most: his wife and children.

Unable to see a way out that won’t destroy the lives of his bandmates and brothers, he loses himself in the bottle. His downward spiral ends when he wakes up in intensive care after a near-fatal drunken crash. With nothing left to lose, he buys out of his contract and announces the existence of his wife and kids to the waiting paparazzi.

Penniless and lost, he has nothing to show for his former success but a broken family and a mile-long list of people he’s let down. When the pain and suffering that surrounds him trickles down to his children, Kendrick vows to right his wrongs—hopefully taking down the man who ruined his life and winning his wife back in the process. 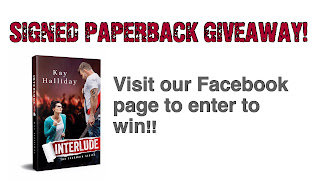 Kay lives in the Sunshine State with her husband and three kids. She’s had ideas for stories running through her head her entire life, but started writing seriously to retain her sanity as a stay at home mom. She’s random, opinionated, and a total science nerd. Her hobbies include reading, watching football, eating donuts, and singing badly.