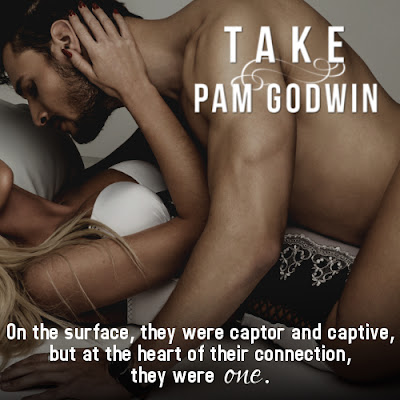 Series → Each book is a different couple. No cliffhangers. Must be read in order. 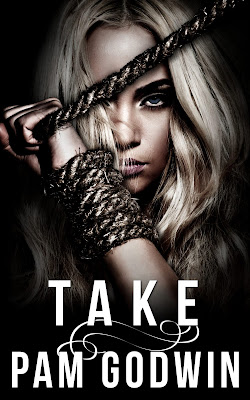 He’s a notorious crime lord, a kidnapper, and an artist.

Scarification is his outlet, and he just captured a new canvas.

Kate refuses to surrender beneath his blade or the cruelty in his beautiful eyes.

But she’s drawn to the man inside the monster. A man who makes her ache with his touch. Who owns her with his kiss.

A man who worships her as deeply as he hurts her.

She can run, but there’s no escape from a bond carved in scars.

The DELIVER SERIES is one of my all-time favorite dark romance series and each book brings with it another flavor of darkness and raw depravity. You’re easily transported into this world, hating and disgusted by the antagonist of the story, only to have no choice but to soften to them. It’s truly remarkable and it’s what I love most about dark romance, the conflicting emotions that we experience in tandem with our victim/protagonist.

TAKE was a highly anticipated book for me! As I’ve gotten acquainted with Pam’s writing style, I know for a fact that I will enjoy the read, no matter what she writes. But I will say, I’ve been highly invested in this series and have been counting down the days to read each and every book. These unique characters have been memorable for me.

Tiago and Kate’s story is possibly one of my favorites and while I would love to discuss it, I feel I will give away too much of the storyline. This comes as a highly recommended book from me. I feel the series should be read in order to avoid major spoilers and should be read immediately. If you love dark/captive romance then you need to get it done pronto!

I suppose the easiest thing to do with all these thoughts swirling in my head is to start at the beginning. Once upon a time, Pam Godwin decided to kidnap people and make us fall for their captors. She made it a conflicting kind of love. And so here we are about to embark on book 5 of the Deliver series. I can honestly say I'm surprised and appalled we are here. I thought that 5 was going to be Cole's story...But no. Pam, ever the sadist, is going to make us scratch and itch for it, make us plead and beg. Just before we throw in the towel she will dangle him in our faces. SIGH. It's severely twisted that we, the readers, at this point have been trained to thank her for it!

Thank you Pam for a dark world and the twisted love that feeds it.

I need to say that the cover of this book is both provocative and deceptively tame. The wildfire and strength in her eyes isn't noticed upon first glance but you are blind to miss it on the second.

Take is a special circle of hell. It's everything you didn't realize you wanted out of this book. When we finished Devestate, I foolishly looked for the end of Tiago. I didn't want that man to be the next star in the dark world Pam created. I had no idea I needed him to be next.

Take me. Love me. And spit me out. I will line up for more. I'm already anxiously awaiting Martin, Ricky, and HER.

I love the Deliver series so much I can't even describe my joy when I read this one which is my favourite so far. Like the previous books it's dark and twisted but I devoured every word of Kate and Tiago's story. Kate has been taken this time by the very sadistic and brutal Tiago. There is nothing soft and fluffy about him, let's be honest he scares the bejeezus out of me. We've met Kate before but her strength of character jumps out from every page. It's a twisted love story just don't expect redemption from Tiago, he may worship her but don't mistake devotion for weakness. Another addictive read in my favourite dark series. 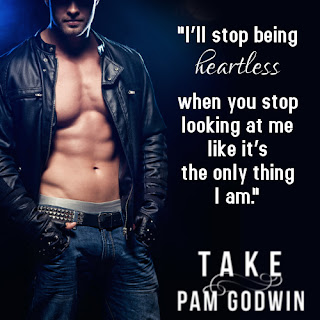 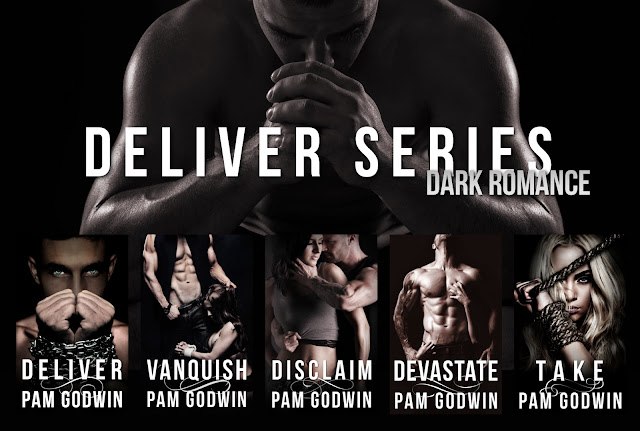 DELIVER #1: FREE on all retailers

New York Times and USA Today Bestselling author, Pam Godwin, lives in the Midwest with her husband, their two children, and a foulmouthed parrot. When she ran away, she traveled fourteen countries across five continents, attended three universities, and married the vocalist of her favorite rock band.

Java, tobacco, and dark romance novels are her favorite indulgences, and might be considered more unhealthy than her aversion to sleeping, eating meat, and dolls with blinking eyes.

Other books by Pam Godwin

One is a Promise (FREE): https://amzn.to/2xliIHA

Three is a War: https://amzn.to/2uVdZLO