Thousands, Book Four in the Dollar Series by Pepper Winters, is LIVE!!

“Love had been stolen from me for reasons entirely my fault. But then a miracle happened, and Pim gave me something I thought was lost forever. She gave me a love I’d earned. Love that ruined me. Love that made me hopelessly hers…”

Once upon a time, I didn’t think I’d ever be normal.

Now, I’m talking and trusting, and it’s all thanks to Elder.

He gave me my life back, and I gave him my heart, but love stories like ours are never simple.

I did something to protect him.

He did something to survive me.

And now, it’s no longer just about us.

It’s about safety, sanctuary, and sin. 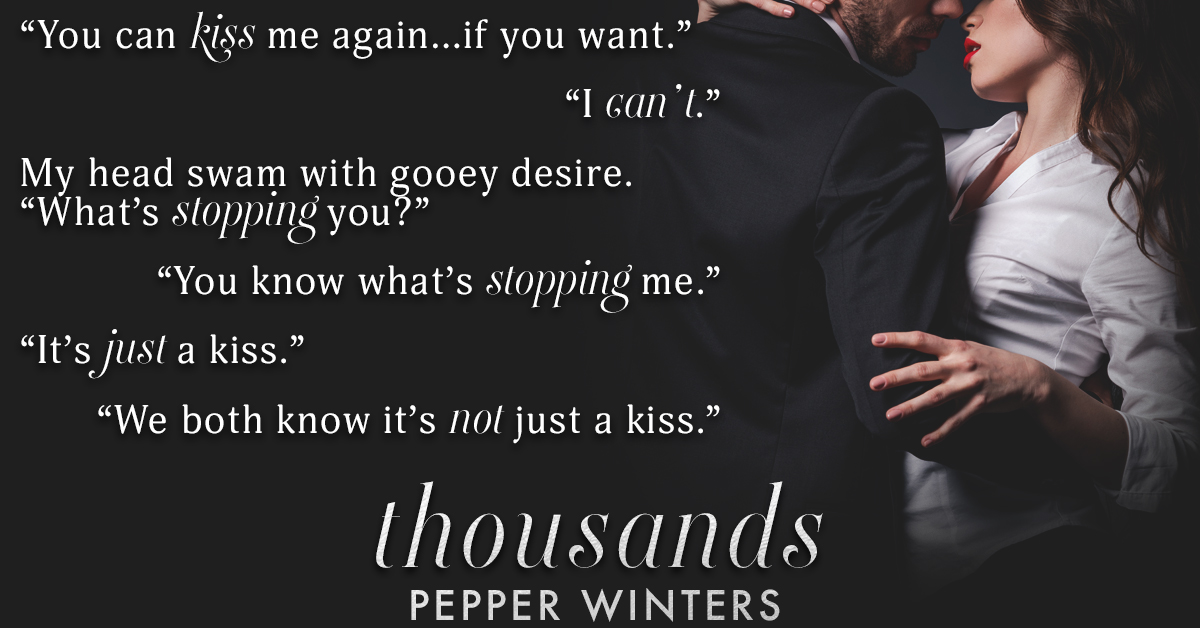 Connect with the Author:

Never miss an update! Sign up for Pepper’s newsletter today!