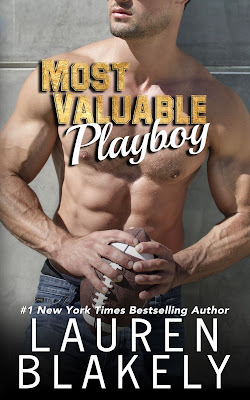 Hands down, my favorite thing in the world is to score. Touchdowns. Don’t let the fact that I’m the leading pick in the Most Valuable Playboy charity auction fool you. These days, I’m only a player on the field. I’ve kept my pants zipped all season long — and it has been long — because nothing’s more important than leading my team to victory every week. Except maybe escaping from the owner’s handsy-as-hell sister who seems dead set on winning more than a date with me at the auction. Enter Violet and a well-placed Hail Mary.
She’s my best friend’s sister with a smile as sweet as cherry pie and a mind that runs quicker than the 40-yard-dash. After Violet saves the day with the highest bid, I don’t even give her a two-minute warning before I kiss her in front of the whole crowd and then announce that she’s my girlfriend. Which would be fine except my agent tells me the next day that we’ve got to keep up the act while he’s negotiating my contract. Violet says she’ll take one for the team and pretend to be mine, but our boyfriend-girlfriend scrimmage quickly turns into a full contact sport. And soon enough, I want this game with her to go into overtime. The problem is — I’ve been riding the bench for years.
How can a guy like me, who finally has a chance to prove his worth on the field, convince the girl she’s most valuable to his heart?

*MOST VALUABLE PLAYBOY is a brand new standalone sports romance written in the guy’s POV!* 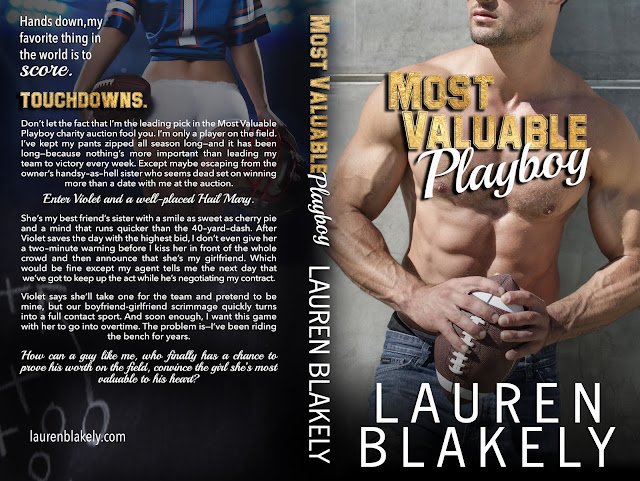 MOST VALUABLE PLAYBOY will release two days early on iBooks!
If you’re an iBooks user, you can enjoy this sports romance on
August 30th!

Lauren Blakely A #1 New York Times Bestselling author, Lauren Blakely is known for her contemporary romance style that's hot, sweet and sexy. She lives in California with her family and has plotted entire novels while walking her dogs. With fourteen New York Times bestsellers, her titles have appeared on the New York Times, USA Today, and Wall Street Journal Bestseller Lists more than 80 times, and she's sold more than 2 million books. In June she'll release THE KNOCKED UP PLAN, a standalone romantic comedy. 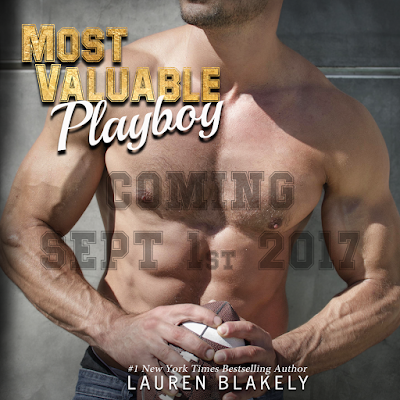