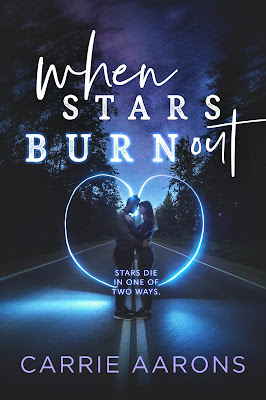 Stars die in one of two ways.

So slowly that each layer burning out feels like agony … or suddenly, exploding into a million pieces before the universe even has a grasp of what is happening.

When Paxton Shaw left Demi Rosen without so much as a goodbye, he stole her shine in both manners.

Now, eight years later, he’s trying to pull her back into his orbit. The nation’s most beloved football player, a tight end with a seriously tight end, has finally realized Demi is the one who got away.

But she’s a different woman than the weak girl who used to come running whenever he called in the middle of the night. Strong, successful, her life’s mission being to grant the wishes of children whose flames have all but been extinguished.

And untouchable, as dark and cold as a midnight sky with no moon in sight.

When one special child forces their star-crossed paths to collide, it’s impossible to keep the feelings of their past buried. Paxton had been her Halley’s Comet; the once in a lifetime love that scorched Demi’s heart in the most spectacular of fashions.

She promised herself she would never make that mistake again. But, how can she forget the dreams of love she once had, when Paxton wants to make them come true?

A second chance romance + sports star
= two of my favourite genres so I was excited to read this book.

What I loved was getting both POV’s in the story, I always feel like I’m missing out when we don’t hear from the guy. The story flits between past and present seamlessly, it’s easy to follow and flows really well,

Paxton and Demi were sort of friends with benefits in college but Demi always hoped for more. Truth is you won’t like the young Paxton he was selfish where Demi was concerned he treated her appallingly. I would say Demi was naive she was just a young woman in love willing to take any part of him he was willing to give.

When they meet up years later they both are very different people. Demi is a successful woman running a charity that grants sick kids their wishes, I loved the way this was woven into the book in a positive way. Paxton knows he’s nearing the end of his career he’s had a good life but knows that love is something that’s missing.

I almost felt like a bystander watching them reconnect trying to work through the mistakes of the past. The Paxton we meet now is a thoughtful sensitive man and as I read more I was willing him on to make the right moves and not rush Demi.

I’m a sucker for second chance romance and this is a good addition to the genre. 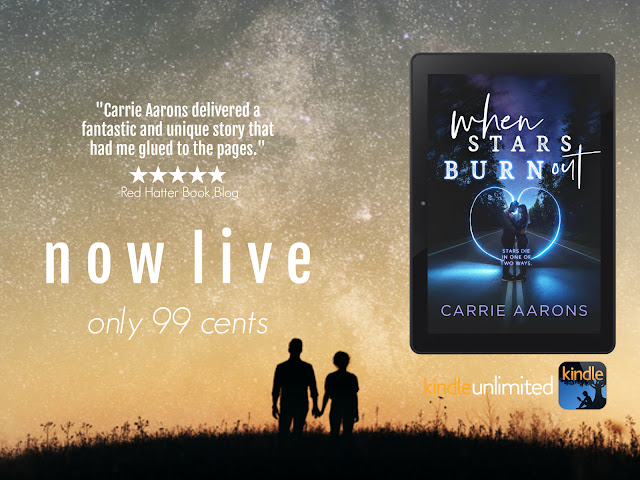 99c for a release day ONLY! 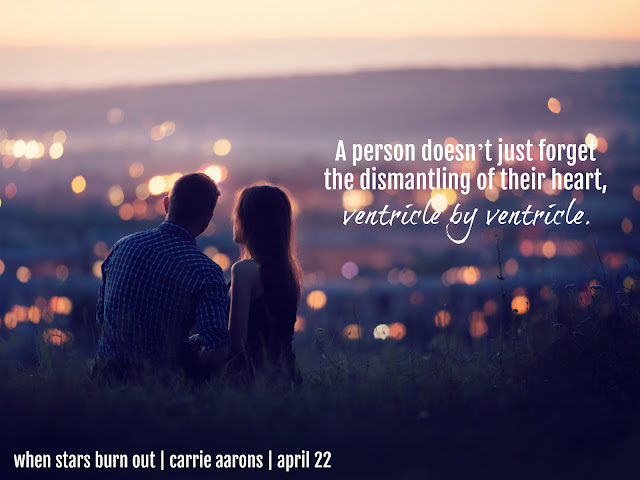 
Author of romance novels such as Red Card and All the Frogs in Manhattan, Carrie Aarons writes sexy, swoon-worthy, sarcastic characters who won't get out of her head until she puts them down on a page.

Carrie has wanted to be an author since the first time she opened a book, and can't imagine a better or more maddening profession.

A lover of good manicures, Riesling and the beach, she enjoys chasing her puppy through the dog parks of New Jersey, or trying to make her husband binge watch the latest Netflix craze. 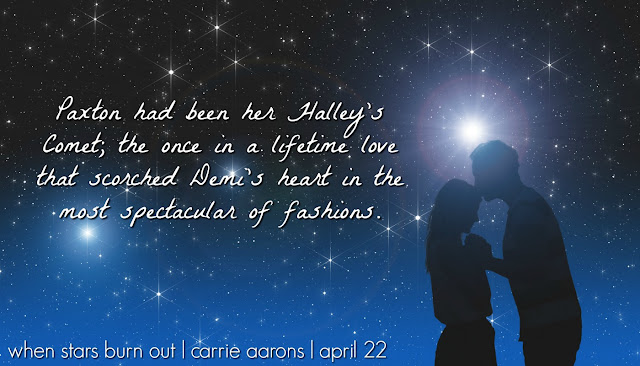