New Release AFTER THE SCRUM by Dahlia Donovan 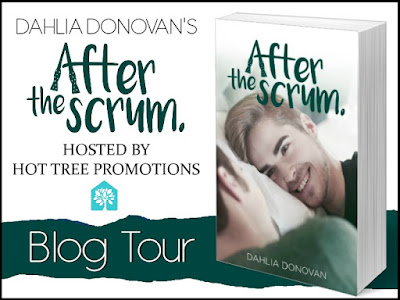 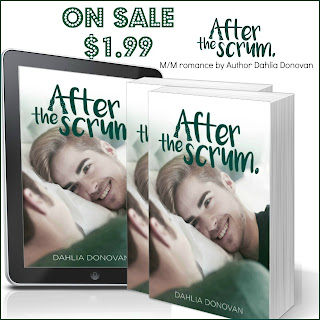 Caddock ‘The Brute’ Stanford lost his brother and rugby career within the same year. The once man-about-town is now a has-been and guardian to his young nephew. Not sure where life will go after the scrum, he decides to purchase a pub in the Cornwall village of Looe. He never expects to fall in lust—and then love.

Francis Keen hides his crippling anxiety behind his eccentric habits, lush interior design, and beloved dog, Sherlock. Alone by choice after an attack in college left him emotionally scarred, he lives by the sea with his gran, resigned to working small jobs for local businesses. Revamping the pub for the new owner is right up his alley—especially when he realizes who the owner is.

Two men, so different, on track for a romantic collision. Can they survive the impact?

Amazon: US I UK I AU I CA
Nook I iTunes I Kobo I ARe 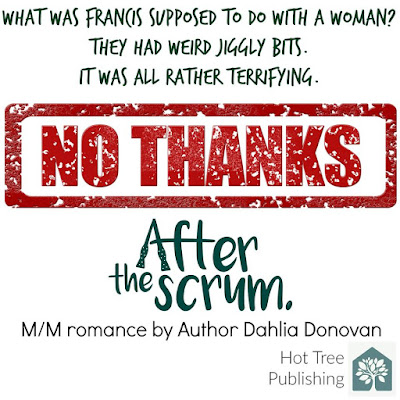 His blue eyes no longer held laughter, but something darker and deeper. He leaned forward on his knees, arms resting on the edge of the tub so they were practically nose to nose. "I've got a number of ideas for how to fill the time before we eat."

"Any of them legal?"

"Three out of five."

Caddock's arm slid into the water with hardly a splash. He trailed a finger across the top of Francis's knee. A slight pressure from the digit had him letting his legs fall apart, pressed against the smooth sides of the tub, allowing the hand to dip further down.

"Not so long ago, this would definitely have been illegal." Francis strived for casual. No need to let on how incredibly affected he was by the rough, calloused skin grazing over him under the water. "I'm in the bath to get clean, Caddock, not dirty."

"Oh, we'll get you clean. I'm flexible enough to do both." 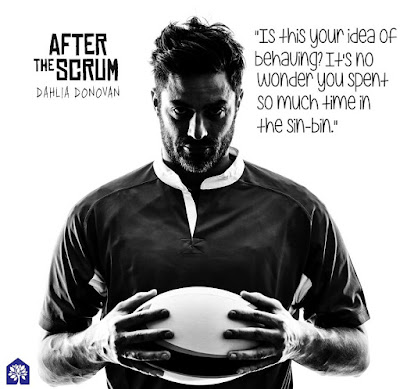 Website | Facebook | Twitter
Dahlia Donovan wrote her first romance series after a crazy dream about shifters and damsels in distress. She prefers irreverent humour and unconventional characters. An autistic and occasional hermit, her life wouldn’t be complete without her husband and her massive collection of books and video games.