When graduate student Bella James agrees to house sit for her wealthy neighbor, Kane Calhoun, he makes it clear that he expects her to respect his privacy. After curiosity gets the better of her, however, she manages to spill the darkly handsome millionaire’s twelve-thousand-dollar bottle of scotch all over his desk while snooping around his office. Even worse, he returns home just in time to catch her watching videos on his computer… videos of him spanking a woman.
Kane is a man who knows how to get what he wants, and upon finding his beautiful neighbor in his office against his explicit instructions, what he wants is to bare her bottom and spank her soundly. When Bella offers to accept his stern discipline in lieu of reimbursing him for the damage she has caused, he makes her a deal. She will submit to a series of painful, embarrassing punishments, and that will be the end of the matter.
Though Bella quickly discovers that Kane’s plans for her include quite a bit more than just his firm hand applied to her bare bottom, she cannot deny that the intense, humiliating chastisements leave her more aroused than she has ever been before. She soon finds herself aching for Kane to claim her as hard and thoroughly as he has punished her, but can she really dare to hope that the dominant millionaire will put aside his own demons and truly make himself her master?

Julian & Lia
Innocent freshman + bad-boy college senior = the sexiest "lessons" ever. College has never been this hot!
Lia, eighteen and innocent, is sure moving into a coed dorm at college was a mistake. She's having a hard time fitting in, and she's absolutely and completely miserable. But then she meets college senior Julian, and things are about to take a scintillating turn. He's the older, confident bad-boy, and Lia can't stop thinking about him. When he agrees to give her private "lessons," Lia starts to learn way more outside of class than she does in class. What she's not prepared for, though, is falling in love. Hard.
Buy Links:
Amazon US: http://amzn.to/1qG7z0z
Amazon UK: http://amzn.to/1WpOGLm

Love Literally
LOVE (LITERALLY) is the conclusion to JULIAN & LIA, the sexy college romance.
Lia has finally gotten over her first and only love, Julian, and is starting a glamorous reporting job in downtown Chicago. But when circumstances force her and Julian together again, she quickly realizes her heart never truly healed. The scruffy sexy bad-boy she fell in love with is now a clean-cut and commanding professional, but still as arrogant and domineering as ever. Getting swept up in a dangerous story isn’t enough to take her mind off his green eyes, sculpted body, or dirty mouth.
Intrigue and peril mix with sex and second chances in this stunning conclusion to the Julian Series.
18+ only!
Buy Links:
Amazon US: http://amzn.to/1SdskwQ
Amazon UK: http://amzn.to/1WpPwYr 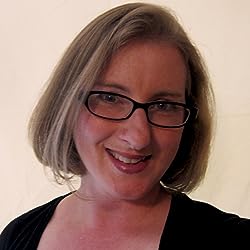