There are two sides to every story.

Until there are three.

And ours isn't for the faint of hearts.

SWEET VENOM is a crazy in love novel set in three point of views - crazy, crazier and craziest. This is a love triangle that is not made for those looking for an easy love story or an obvious end.
If I were you, I'd be careful who you fall for.

This is STANDALONE.
Meant for mature readers due to murder, violence and sex. 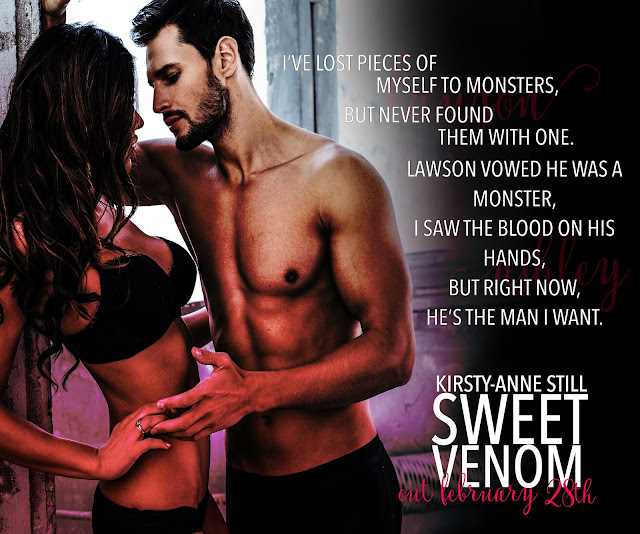 Best Line in the whole book because of what it signifies:

Lawson was always going to get the girl. But when it comes down to the end and you look back on the journey...Is she the same girl you wanted in the beginning?

I always pick my team in a triangle. I always know within a few chapters who is my "horse" but not this one. It took me almost halfway through to pick my girl. In the end, I chose wisely but there was a lot of doubt and some serious wavering.

Lawson may not be the traditional hero but to two women he is that and more. The problem is he can't seem to figure out which one is "The One". The one who broke his heart or the one who started it again.

In a dark world, dark fairytales rule. Sweet Venom is the sweetest dark fairytale. Once Upon A Time, there was a Prince and his Queen...
They were hopelessly in love. They rebelled against their parents and everyone around them. They wanted to be themselves. They didn't want to live in the shadows.

But one night a storm neither saw coming separated them. It caused them great pain. He believed she no longer loved him and strived to be rid of the pain. He couldn't get rid of his love but one day he found someone who might be able to help.

The Prince was wary of the newcomer. He couldn't bear to replace his Queen but something about her made him feel alive again. And though the situation was unusual, the Prince began to fall.

Some may think that's all she wrote, some may worry about the end. But ladies and gents, that is just the beginning. Because his Queen doesn't fight fair and she won't lose her Prince with a fight. However, the new Princess isn't going to just give up.

And so my friends, colleagues, and enemies begins Sweet Venom. May it poison your senses, confuse your heart, and leave you breathless.

Wow !!
I'm not sure what I expected from this book but OMG it totally surpassed my expectations.

I've read lots of twisted love stories and this one will go to the top of that list. It's a crazy, mixed-up love story, it's a mystery, it's a mafia book, and it blew me away. The writing is amazing and we get information drip fed to us, slowly, slowly we learn more about all the players in this game. Kirsty kept me on the edge of my seat I couldn't put the book down. My emotions were all over the place I flipped my allegiance from Ashley to Eden, then back to Ashley. The one I never wavered on was Lawson. I didn't care he was a killer, he's just such a compelling character.
When we meet Ashley I wasn't sure what to think about her. She came across as a rich man's plaything, but she's not. We know very little about her, we know she's tied to a contract that gives her to whichever man gets the contract next and now Lawson is the holder of it.
Lawson is part of The Firm, he's a tough killer, he's also a hottie, but he's bitter after the love of his life Eden left him. He starts to let Ashley into his heart when Eden unexpectedly returns. Eden is a little bit crazy and a lot scary. I wouldn't want to cross her that's for sure.
Who does he pick? The girl that's opened his heart again or the girl who broke his heart? Who will you pick? Who's side are you on?
This is a story that will keep you guessing! It's full of plot twists, it's sexy, it's dark, it's compelling. A word of warning: be prepared and expect the unexpected. 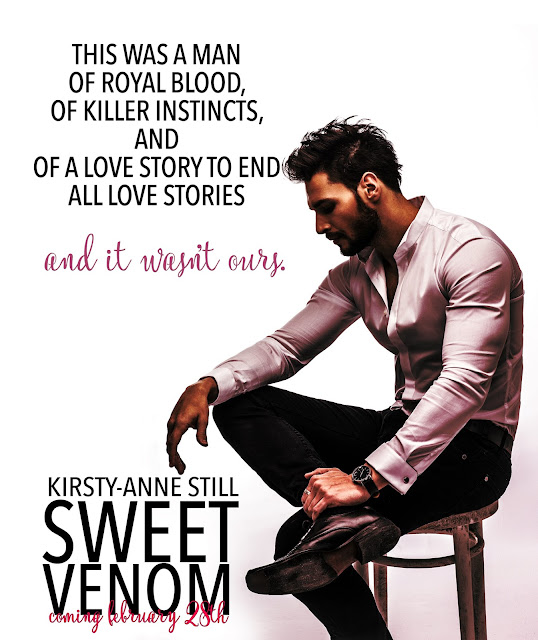 Kirsty-Anne stumbled across her love for writing as she started university. Over the last couple of years she's found the style of writing that best defines her and her work. Her favourite genres to write are romantic suspense with dark themes, but loves to push her boundaries.

Posted by Sweet Spot Sisterhood at 11:31 AM