Life can change in the blink of an eye. And every choice can unravel more of the truth. One split second decision after a lifetime of lies, has created a world so confusing, happily ever after isn’t guaranteed. Not even when the stars align and the pieces fit perfectly into the puzzle. This time, she'll have to fight for love with a vice clamping her heart and a gaping hole swallowing her soul––absence won’t make the heart grow fonder. Lies and deceit. Broken promises and disappointment. Megan Campbell knows them all too well. So far, the pain has won. But the pain doesn’t have to be permanent.


Connor Campbell is a lot of things...it's just that most of them will be edited out for explicit or inappropriate content. If you are shaking your head trying to understand, know this...he is an asshat, douchecanoe without a paddle. I mean really that's the nicest I can be but sadly his wife doesn't know that....yet.
Surprises aren't always a good thing. Unfortunately, Megan has learned that the hard way. But even worse than an unexpected surprise is that they don't seem to stop coming.
Her life isn't being interrupted, it exploded. The lies became shards of shrapnel and each piece uncovered is slicing her to the core. Even her daughter is being ripped apart.
Through chaos and overwhelming disappointment, Megan has had help. A shoulder to lean on. A sexy, masculine shoulder to lean on. The same one who brightened her high school days. Garrett.
But will his brightness be enough while her world destroys her? Will she be able to recover, will she want to?
Stay Awhile moves quickly. I think a little too quick to process the chaos that becomes Megan's reality. It also leaves some questions that I'm not sure we will ever have answered. But I stand by my assessment of Connor, no sympathy for that jerk.
Reviewed for Sweet Spot Sisterhood

This review of Stay Awhile by Gia Riley is for The Sweet Spot Sisterhood Blog. Apparently this story started out as a short for an anthology. After a great reception she decided to expand it into a full book. I was really drawn in by this story and these characters. I enjoyed it right up until we were thrown for a loop at the very end. There were no hints or indications leading to it. I feel like some of the groundwork is missing. I loved the story line and the premise and I even liked the confession letter, but I'm just perplexed. I feel we need more info about Sarah and her family if this ending is to make any kind of sense. It just seemed to come out of left field. I understand why Connor did what he did, but still he isn't a saint. He ruined his family. He involved his 5 year old daughter, Laney in this mess. The life that Megan, his wife thought she had, is being unraveled one strand at a time. It is as if she has been living a lie. Garrett, Laney's doctor and high school friend of Megan steps up and if there for Megan and Laney. I'm glad Megan and Laney have Garrett in their lives now after the tragic turn of events. Even I fell in love with Garrett.
Reviewed for Sweet Spot Sisterhood 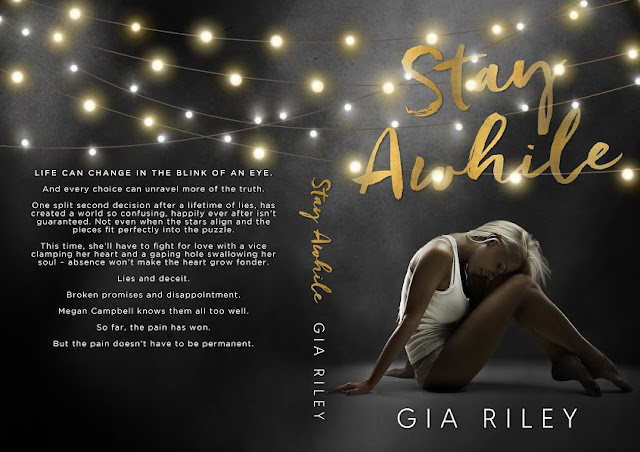 About the Author
Author Gia Riley has been in love with writing romance since high school when she took her very first creative writing class. From the small but mighty state of Delaware, she’s a country girl at heart, traveling back to her roots in Pennsylvania as often as she can. She’d rather pick truth than dare, bake than cook, and will always choose coffee over tea. Just like life, her stories always have a mixture of heart and humor.