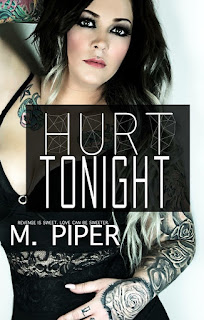 He deserves heartbreak. That's just what I'll give him.Christopher Manners has stolen my heart one too many times. His promise of acceptance of my lifestyle has always ended in heartbreak until two years ago when I finally had enough. Now he’s back with the same old words he’s used so many times in the past. He says he’s changed, but I know him. Christopher Manners doesn’t change his ways for anyone. Unfortunately, my body reacts to him in ways my mind refuses to. He’s relentless and now I’m out for revenge. I just need to remember to keep my heart out of it so I don’t end up hurt in the end.
I'm in love with a girl that hates me...
Years ago I met a girl and she stole my heart.
Then, I stupidly crushed hers...over and over again.
It’s been years since I’ve touched her, but I haven’t stopped thinking about her. I’ve been giving her time. I love Bex Houston, and though she claims she hates me, her eyes tell a different story. She needs to leave the past in the past and realize I’m not the same boy she grew up with.
I know Bex needs variety, but if it means I can call her mine I’m willing to share. It may not be ideal for most people, but I’ve lived without her for too long.
I’m willing to do anything to get my girl.


*18+ for language and sexual encounters 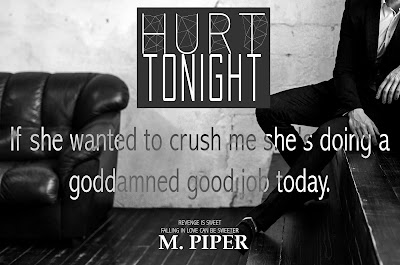 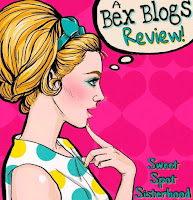 What a fabulous read! I have to say, I have yet to read a book quite like this. This is more than a second chance romance. It's more like a lifetime of hard-learned-lessons-romance. Boy, was it difficult to stomach this crazy-@zz heroine. I had so much disdain for Bex. She is so selfish and one-dimensional in how she viewed her circumstances - never putting herself in someone else's shoes, namely Chris's. Granted, he had his moments in their past as well, but damn if I couldn't understand where he was coming from and why he lost his §h!t.
After two years they begin to cross each other's paths again. Will they continue to sabotage each other? Have either of them grown from their experiences or will they become another disaster yet again? You need to read this book to find out!

There are no shortage of feels, outrage, and surprise in this book and I know you will love it! I found myself tearing up unexpectedly to be honest! 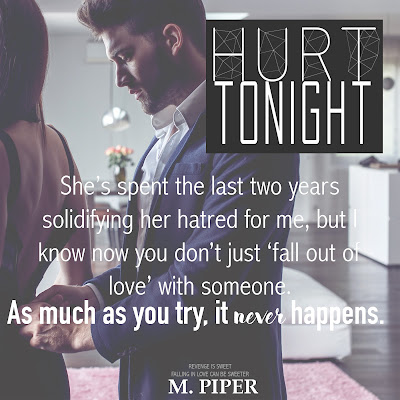 Who am I kidding? He’s already gotten to me.

I run my shaky hands under the cold water of the bathroom sink and try to calm myself. My feelings for Chris are much more than a dislike. It’s a range of hatred, loathing, lust, and lifelong love all twisted together into a tight little package that at least once a month hits me like a freight train. I guess I’m due this month. Unfortunately for me, the only way out of this situation tonight is to either suck it up and try to deal with dinner at the same table as him without burning it down, or escape out the back door and have to explain to my boss why I ditched him.

It’s even more unfortunate how much of a reliable employee I am.

I huff and dry my hands, steeling myself in an attempt to turn off all emotions, before swinging open the bathroom door.

“Honestly, I thought you snuck out the window. I’m impressed you’re still here.” Chris’s voice makes me jerk my eyes up to see him leaning casually against the wall opposite the bathroom door. I narrow my gaze at him and growl. Fuck, how does he look so perfect now? Was he not affected at all when he broke my heart and shattered it into a zillion pieces?
“I wouldn’t do that to Damon and you know it. Excuse me.” I try to push past him but as I do, he blocks me, grinning at the ground before piercing me with those fucking beautiful brown eyes I fucking loathe.

“No, you never run, do you?” He leans in, close enough that I can smell his expensive cologne, and takes a deep breath. His hand trails my arm and I let out a shaky breath. “You remembering how good we were together?” His hand trails down my cheek and I have to close my eyes and try my hardest not to squeeze my thighs together. He’s getting to me… I love this feeling. But coming from Chris causes me rage. “You do, Bex. You can have it all again, you know.”

“Fuck you, Chris,” I hiss before my walls break down and I end up in his bed.

He’s so cocky!
“You broke up with me, remember?” I hiss. “And don’t you dare tell me it was my fault. You put that kid in the hospital. You broke it off with me. You fucking ruined me. What makes you think after all this time and everything we’ve been through I’d want you back?”

“Because you love me, Bex. Living without the person you love is a ridiculous way to live.”
I grit my jaw and look him dead in the eyes.

“You’ve made me incapable of loving, Chris,” I whisper.

Chris and I aren’t good together. He doesn’t understand what I need most…and that’s an open relationship. Of sorts. He wants monogamy; I want variety. We’ve tried everything and we just don’t work out. He always says he’ll be different and he understands my needs, but it’s never ended well. I’ve tried giving him what he needed and I was miserable. The last time I spoke with Chris he called me a whore and broke my heart. I’ve wanted him dead for the longest time.

I deserve better than that.

Chris Manners is relentless, though.

That’s why I’ve made it a point these last two years to stay out of his way.

Because once he sets his sights on someone, he doesn’t look away until he’s won. 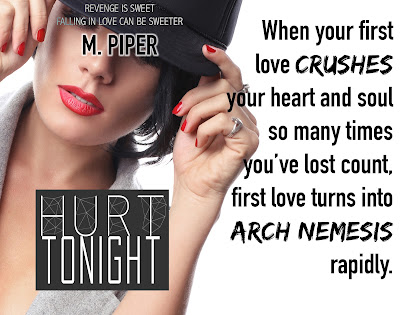 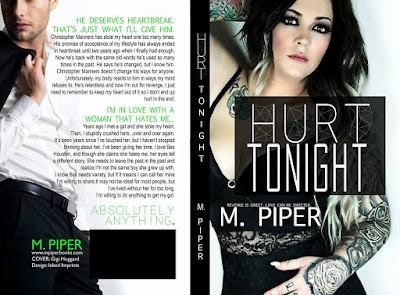 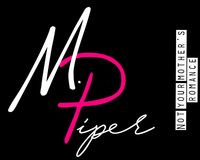 Born and raised in the Midwest, Mallory enjoys cold, rainy weather....some might say she is living in the wrong part of the country.
With two tiny beings destroying any sort of organization in her home at the time, she tries her hardest to keep up with their busy lifestyle while staying sane. When the kids are asleep, she likes to sit in silence and stare at a wall for a bit. Then she will pull out her computer and start writing whatever comes to mind.

Connect with the Author