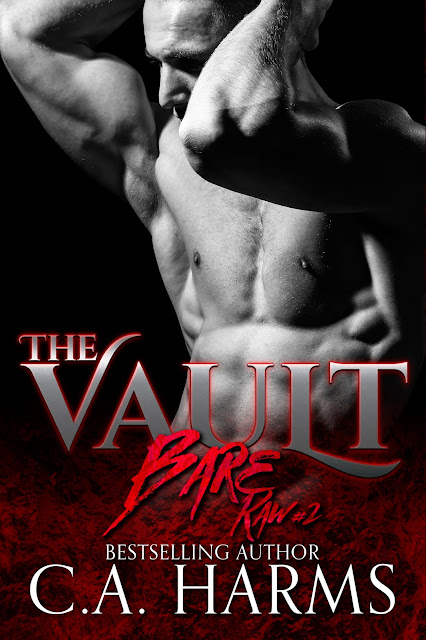 BRYNN
He was my weakness.

The one desire I fought the hardest, but craved the most.
There was an unexplainable pull whenever I was near him.
I was addicted to him. I was crazed by his touch. I longed for his kiss.

Until he broke me...

He was cold and callus.
What we shared was nothing but meaningless acts.
A facade. I was a ploy in his game of control.

I had no choice but to move forward.
I had to forget the impact he had on me.
More importantly, I had to forget him.
Only that was easier said than done…

Each night when I closed my eyes,
I’d hear the kind words he’d whisper, I’d feel his gentle caress as he held me close.
But the dreams always ended the same.
I would see him walking away, without looking back.

ALEC
She tested my limits from the start.

The more I fought the attraction, the more intense it became.
She defied every rule I set for myself and challenged my need for control.
She made me want the things I had denied myself for too long,
so I did the worst possible thing.

I broke her heart.

What should have been my way out only left me feeling bare.
My desire to have her magnified.
It was time to pick up the shattered pieces of my life and face the harsh reality of my choices.

But my biggest fear of all was that with Brynn, it was now too late to go back...

Alec in the first book drove me absolutely nuts and after the ending I couldn’t wait to see if he could redeem himself.


We get to see more of Aric and Katelynn in this one and I really hope they each get a book they mass be laugh out loud so many times definitely ‘ double trouble ‘.
I was cheering Draya throughout this book she has so much to deal with and this time we get to see how strong she is. Alex had a lot to make up for I had hope that he would come good then .... I wanted to slap him so hard he just proved men are idiots sometimes.
I enjoyed this extended story and now I’ll be looking out for other books in this series.

Raw left me a mess of anticipation and anger. Bare does not disappoint. It will make you crazy!
I teetered between angry yelling, swooning, and bitter disappointment. I threatened Alec's manhood, adopted Aric as my brother, and have taken Warren as my guy. But Alec...yeah he's on my shit list!
Between making your needy body tremble and making you shake with rage, Alec is going to have you run the entire gamut of emotions.
OH and Katelynn needs a book! This sassy and wonderful preteen is my spirit animal. Brynn is lucky to have her and vice versa. These two beautiful ladies make you feel at home.
I just have a few temaining questions for CA Harms :1. Mrs. Morrison...where is she now?2. When is Aric's book coming out?3. " " Katelynn's book coming out?
I guess they are questions as much as demands. Please give me more!

This had a different feel to other stories I’ve read by this author, it was a good quick read.
Brynn is a young woman who is the sole cater for her young sister. To make ends meet she takes a job at a club called Erotic Nights which is an eye opener for her. She meets a customer called Alec and despite their best efforts an attachment is formed.
Brynn is an amazing character despite being forced to take on responsibilities at a young age there is no bitterness. Alec has deliberately closed off his emotions where woman are concerned after a devastating betrayal in his past.
Can two very different people come together as one or is Alec’s past too much to overcome.

Raw...is the state in which you are left after finishing this novella. Feeling like you has your skin scraped off and being left exposed to the elements. Your naive hope has been filleted and you have been gutted.
Raw intense power and desire will course through you. An insatiable need for more... 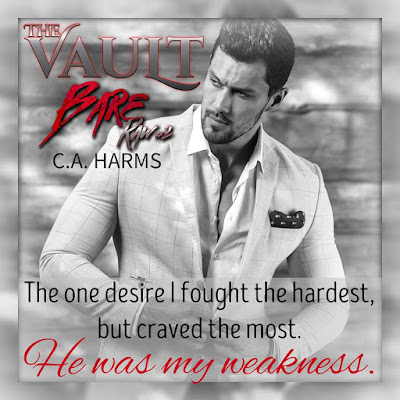 EXCERPT
I redirect my gaze to my brother only this time I push back. “You wanna hit me, hit me.” I lean in closer to him, ensuring he reads the determination in my eyes. “If you want to yell and fucking scream then do it, but know one thing, you will be moving out of my way so that I can get to her. Because not you or anyone else for that matter is gonna to keep me from her.”

“Noone but Mandy that is,” he adds just before releasing his hold on me.

“You were with her all day,” he adds. “Yet you never felt the need to tell anyone about the plans I’m sure you’ve had for days to meet her. If that’s not guilt for doing something you knew you shouldn’t then I don’t know what is.”

We stand there, head to head in the small space near the entry door to the room. Aric glaring at me as if at any moment he would attack, and at that point I wasn’t so sure I would stop him. I felt defeated because he was right, I fucked up.

“Alec,” the sound of Brynn’s voice causes both of us to move toward her, as I quickly survey the damage. No longer did her stomach show the evidence of our child and the reality of what had taken place while I was unreachable hit me. 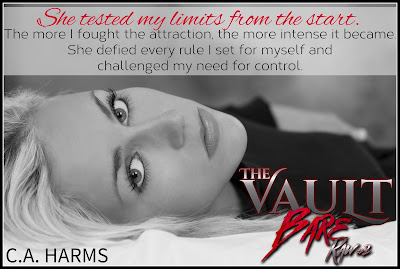 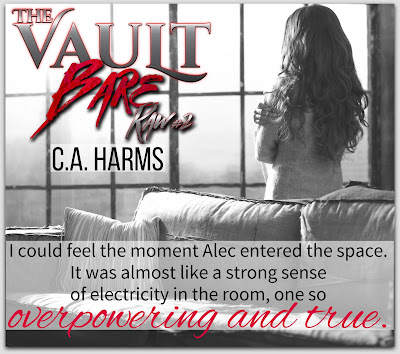 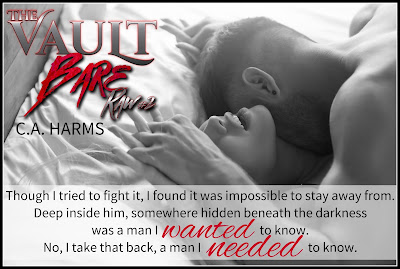 MEET THE AUTHOR:
C.A. Harms is like any other addicted reader. She enjoys happy endings and HEA love stories. She hasn't always been a lover of Romance and had once been addicted to a good Mystery. Just recently she has taken on a new liking and now is a full-blown Romance novel addict.

She lives in Illinois and enjoys spending time with her husband and two children. You will always find her with her kindle or paperback in hand as it is her favorite pass time.