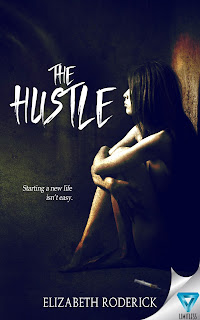 Blurb
Liria is nineteen, homeless, and addicted to heroin…

She’s also determined to not end up dead—like her mother. But every time she tries to get clean, on her feet, and back on the employment train, everything falls apart. This time is different. This time, she knows there are only two choices—recovery or death. Once she gets clean, though, her life ends up even rockier than before.

Desperate for help, Liria goes to the one person she can count on for a safe place to stay and regular meals—her father, Cyryl Czetski. However, she soon learns Cyryl isn’t her real father, and he wants a very different kind of relationship. Liria ultimately rejects his advances and ends up on the streets yet again, this time working in an illegal strip club.

Finally taking control of her life, Liria lands a job in a Vegas nightclub, where she meets Arty—the woman of her dreams.

Arty is beautiful, funny, and rich. But when other nightclub employees turn up dead—including Liria’s best friend, Lee—Liria suspects the business might be a front for something far more sinister.

When Arty reveals Liria’s life is also in danger, she promises to keep her safe. But Arty’s acting strangely, and seems to know too much about the mysterious deaths. Is she really trying to save her, or is she holding her hostage, using her as a pawn in a game Liria doesn’t understand?

Liria thought she was used to always second guessing everyone’s intentions. That’s how life is. But if the drugs don’t ruin her, The Hustle will…

Review
Liria is a girl lost in a world she had no choice of being in. She finds herself going down a path that her mother went down and she doesn't know if she wants to continue on it or start a new path. She meets a young man, Justin, that makes a surprisingly big impact on her life. She has always felt odd and different. She wants to make choices that will better her life but can she cover up the fact that she loves women? Who is really for her and who just want to use her? Will Liria ever find where she fits in and find someone to love that will love her back? I can't wait for the next book! 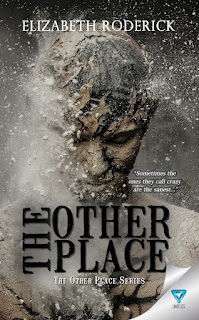 Blurb
Living in Justin Flaherty’s mind has never been easy. Unfortunately, things are about to get much worse...

At eighteen years old, most guys are chasing girls or dreams. Justin, on the other hand, wants to draw and be left alone. He’s been diagnosed with schizophrenia, but it’s more than that. He's in tune with the Dark Energy that surrounds us all, and can see how it controls people’s actions. Sometimes, the Dark Energy will give him visions, to help him on the road to enlightenment.

When his mother hooks up with a Baptist preacher named David who believes Justin’s schizophrenia can be cured with prayer, Justin knows he has to get out—or risk involuntary commitment in a religious facility.

After a brush with incarceration, Justin takes off to San Francisco, where his drawings are not just noticed, but admired...

Justin’s bizarre and beautiful drawings create a stir in the art world. Meanwhile, he’s homeless, couch surfing, and trapped in a continuous battle with his mental illness. His salvation is a girl named Liria Czetski with a shady past. They’d met a year ago, and she’s appeared in his visions ever since. It turns out Liria has been sharing those visions, something that is a surprise to everyone but Justin...

When secrets surface, Justin is forced to realize that being a genius has a downside. Surrounded by people who want to exploit his talent, he must fight not only for his career and freedom, but perhaps for his life...

Having read the first book I was ready to read a unique and different book but the author really knows how to give you a whole new story. Things were hinted at in the first book so it does go together, but this book can be a standalone for sure. This author truly knows how to paint a picture in your mind. The Other Place is definitely a new world where nothing is as it seems. Justin is a unique man who is caught between both worlds and is trying to find happiness in the midst of it all. If you want a book that makes you think outside of the bubble and let's your imagination run, this book is a definite read. The Other Place is like nothing I have ever read and I truly enjoyed reading something that challenged my thinking and brought about a sense of urgency to finish the book.
*Reviewed for Sweet Spot Sisterhood*
~~~~~

Posted by Sweet Spot Sisterhood at 1:00 AM