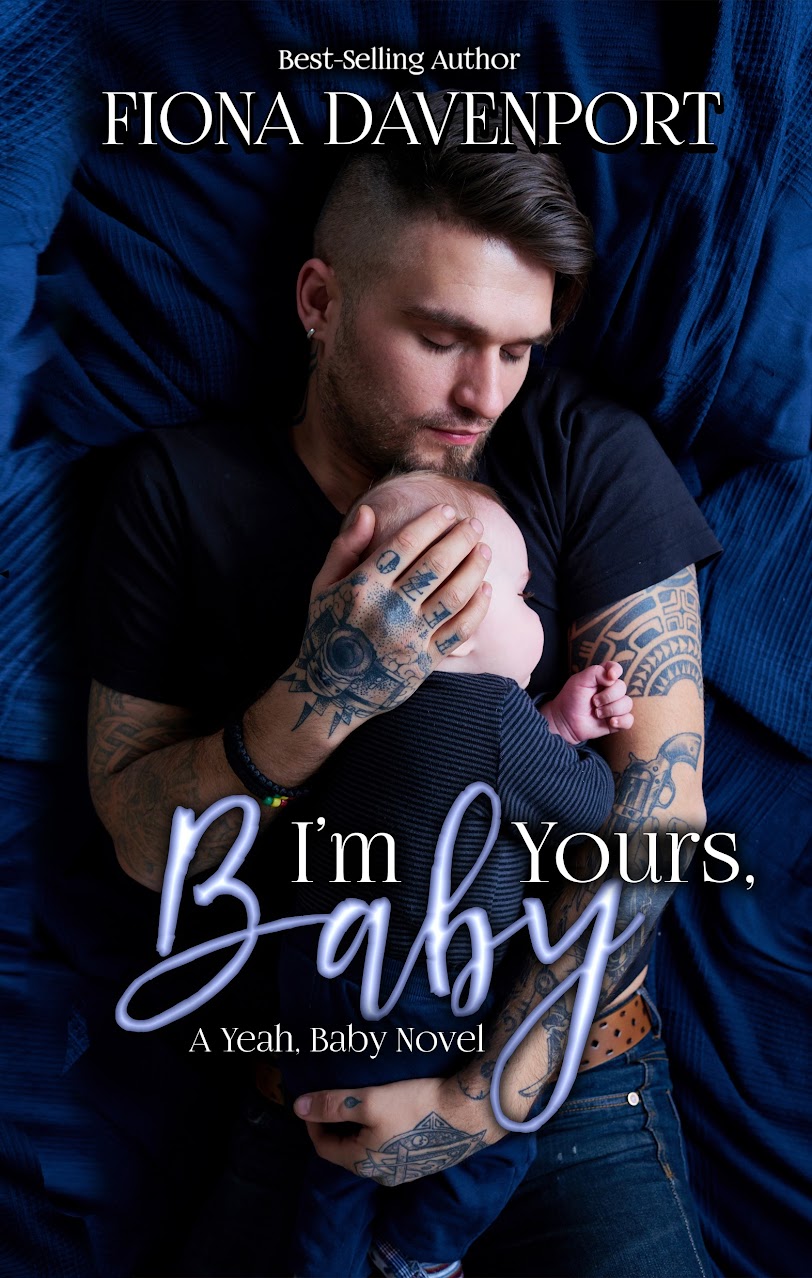 Guy Rule: Don’t knock a girl up and disappear for a year.

Weston Davis was a jaded CIA operative who didn’t believe in love at first sight—until the moment he laid eyes on Aspen Kennedy and knew she was meant to be his. With an undercover operation only days away, the timing was horrible. But he didn’t let it get in the way of spending an explosive weekend with her before he has to leave.

Aspen believed Weston when he told her he’d be back. Twelve months, a positive pregnancy test, and countless emails later, she’s given up hope on ever hearing from him again. She’s left alone to raise their baby, a treasured gift from the man who’d stolen her heart and smashed it to pieces.

When Weston comes storming back into her life, he has a new mission: claim his family, find the person who’d almost caused him to lose them, and make them pay.

Warning: If you’re in the mood for a quick & dirty read with an alpha male who’s determined to make up for lost time, this novella is for you! 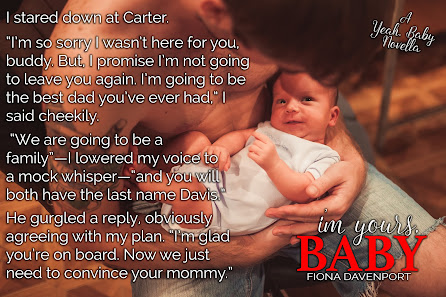 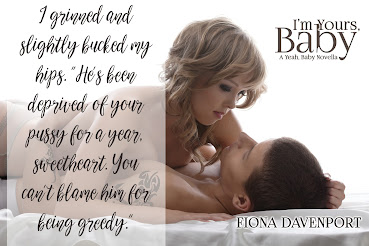 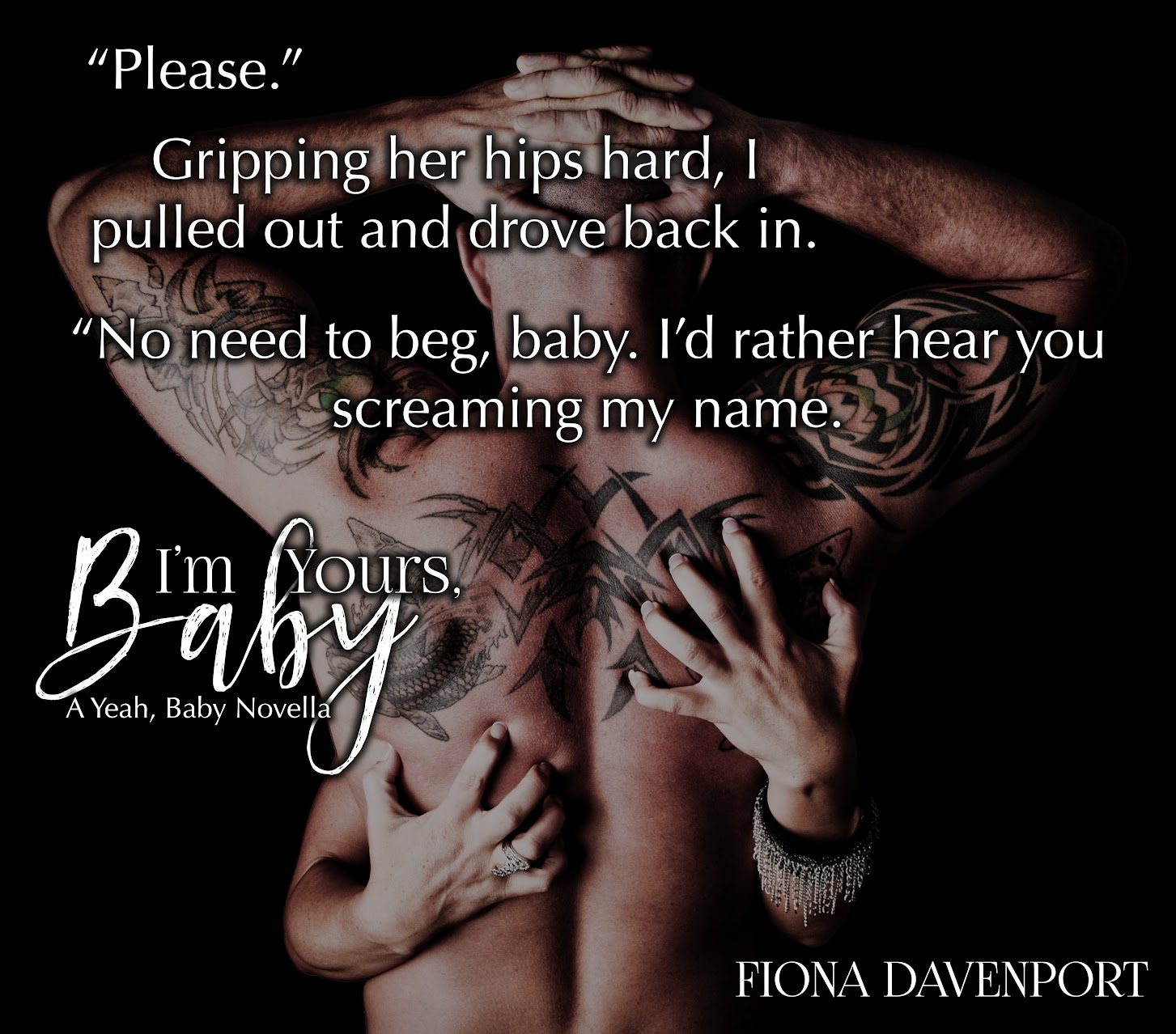 I started towards her, backing her up until she was up against a wall and my body caged her in. “Is there someone back there, Aspen?” I asked with deadly calm. “Did you offer up what’s mine to someone else?”

She sputtered indignantly, “What? Of course not—what do you mean yours? You gave up your claim on me, you jerk!”

I believed her, but she was dead fucking wrong if she thought I didn’t still own her. “I don’t’ know what the fuck happened after I left, Aspen, but I know what we had was real. I’m here for you and I’m not letting you get away.”

She peered up at me with confusion, then shook her head and fury returned to her expression. “You can’t throw me away and then just show up expecting me to fall back into bed with you. I’m not a booty call, Weston, and my circumstances have changed drastically. Arbitrary weekends of fucking aren’t a luxury I can indulge in.”

Throw her away? What the fuck?

“That was a hell of a lot more than a weekend of casual fucking and you know it,” I growled, leaning in close and wrapping my hands around her hips. I opened my mouth to say more when the air was rent with the sound of a baby’s cry.

Aspen stiffened and shoved at me again, like last time, I was startled and teetered back a few inches. Enough for her to slip past me and hurry down the dark hallway. It couldn’t be . . . right? Curiosity had me following her into a bedroom painted in a soft blue, with white furniture, including a crib, with a mobile of circus animals. As if that weren’t alarming enough, she was standing next to it cuddling an infant to her chest.

I could tell right away it was her son, they had the same nose and mouth. She’d had a baby? She’d said she hadn’t been with anyone else. Had she lied and really moved on? In my desperate and devastated state, I almost missed the fact that the child had dark hair and was peering at me from her arms with striking green eyes. Eerily similar . . . holy fuck. This was my kid.

“You had my baby?” I croaked. There were so many emotions weighing down on me, I felt almost dizzy. But at the forefront of my mind was wrath. “Were you ever going to tell me?” 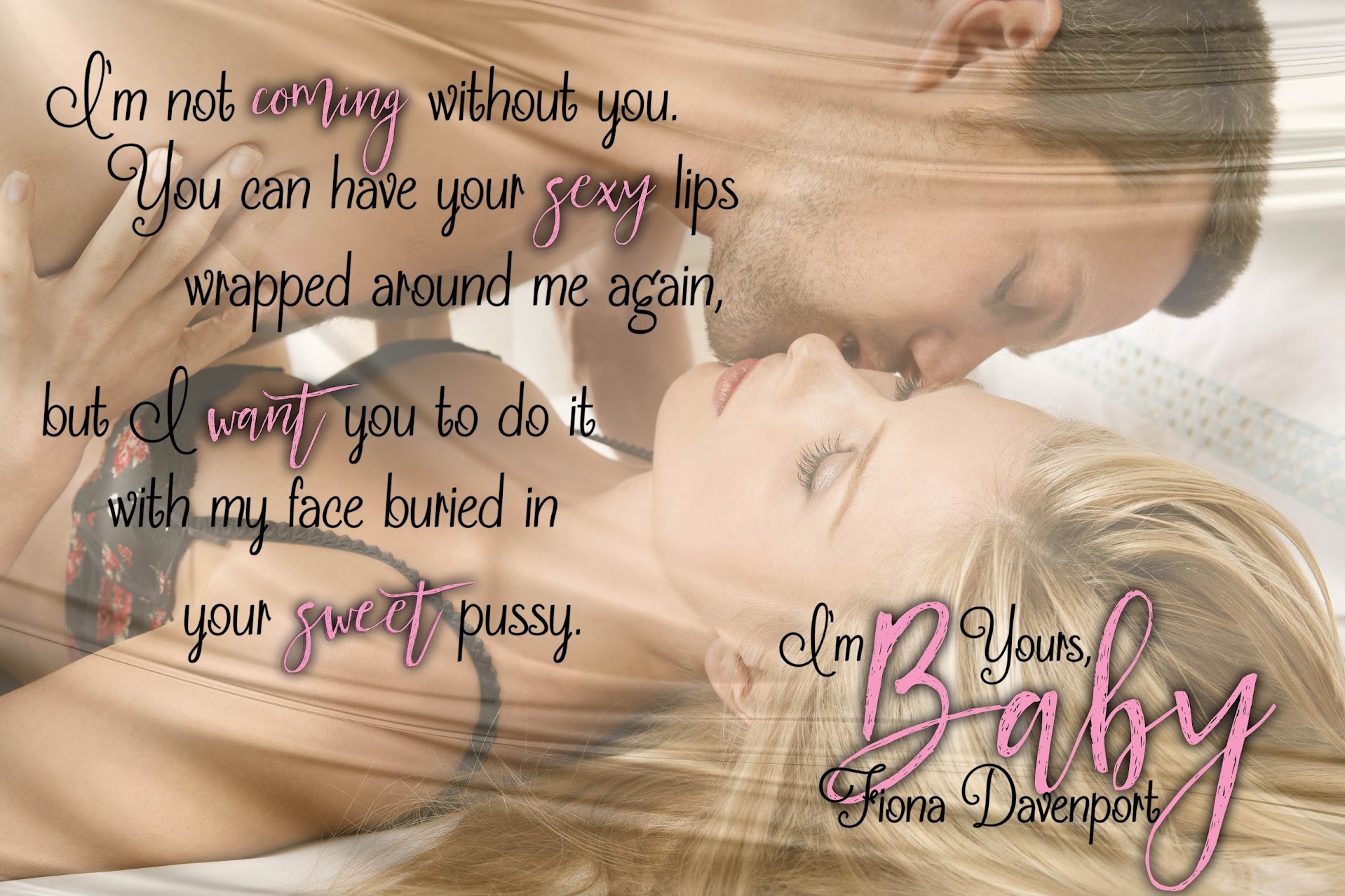 GIVEAWAY
Signed paperback of It Ends With US by Colleen Hoover 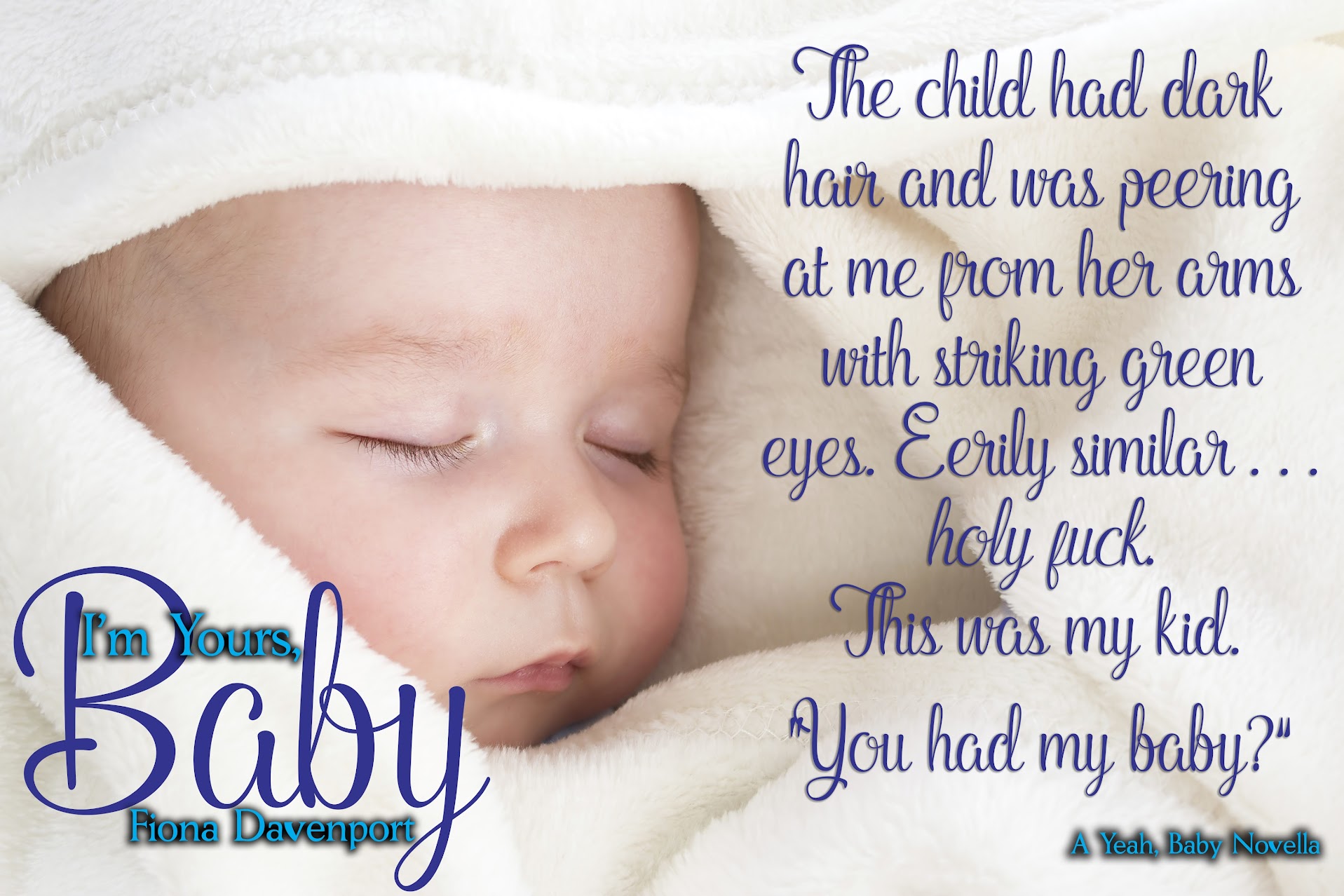 OTHER BOOKS BY FIONA DAVENPORT

**All books available on Kindle Unlimited**

Until Death Do We Part

Hello! My name is Fiona Davenport and I'm a smutoholic. I've been reading raunchy romance novels since... well, forever and a day ago it seems. And now I get to write sexy stories and share them with others who are like me and enjoy their books on the steamier side. 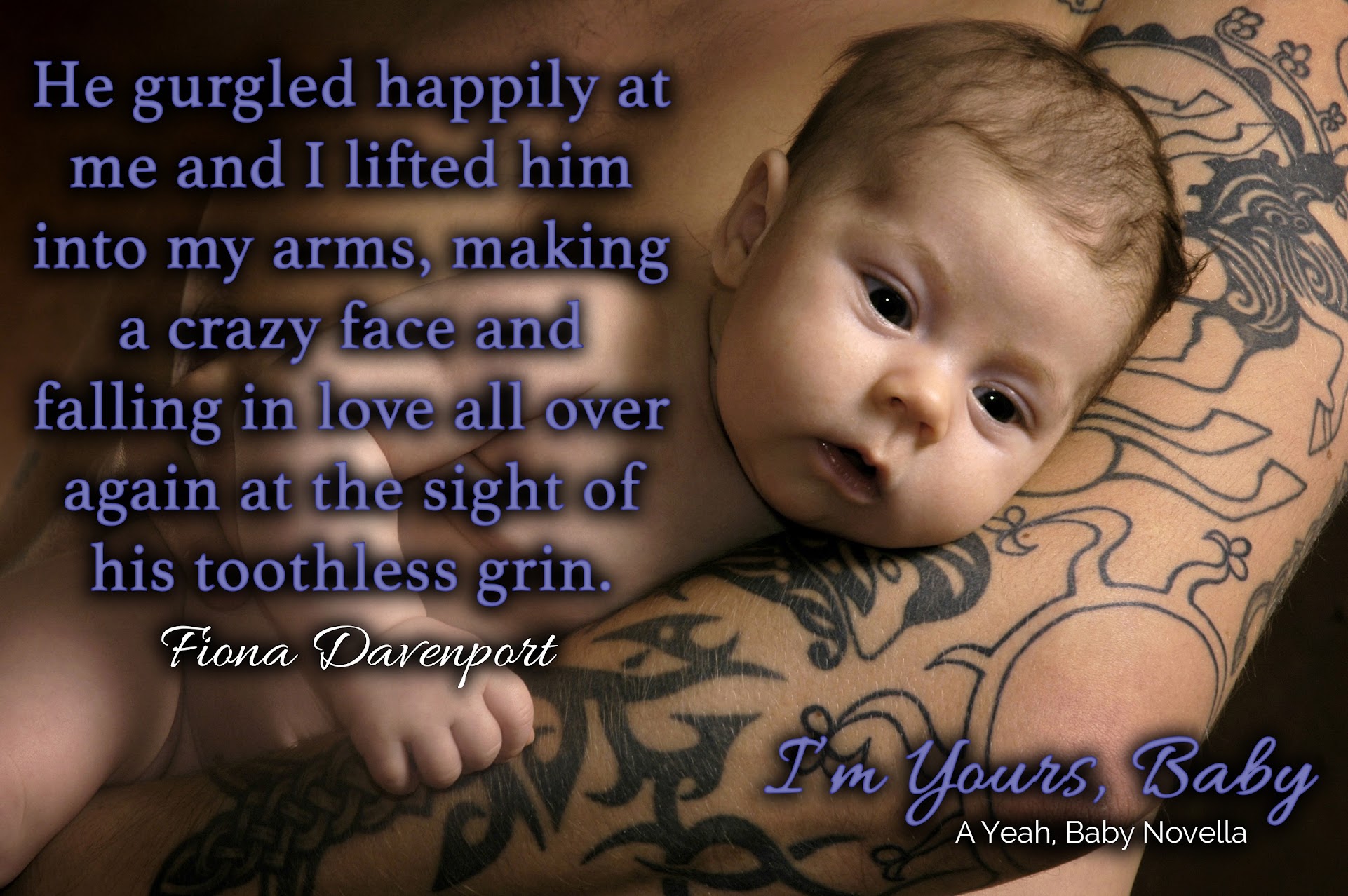 Posted by Sweet Spot Sisterhood at 10:57 AM