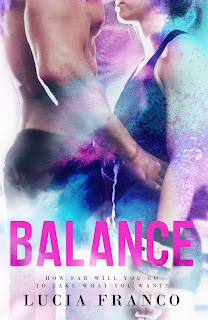 Adrianna Rossi is no stranger to the rigorous demands required of her body. Years of pain and determination make her one of the best. Olympic glory is the ultimate goal, and she'll do anything to achieve it. Even if that means leaving home to attend World Cup Academy of Gymnastics, a training center that serves one purpose—producing champions.

Kova's power and domination, coupled with Adrianna's fierce tenacity, reveal there is more for her body to learn. Every interaction can be misconstrued, but there’s no mistaking the darkening of his gaze, the lingering of his touch, or the illicit image of his bare skin pressed against hers. Integrity is on the line. One toe off the beam and their forbidden desires could ruin everything they’ve worked for, throwing it all off balance.

Oh. My. Gosh. This was the first book I have read by Lucia Franco and it did not disappoint! Absolutely genius writing! It challenges your moral compass, temps you with pushing the limits that you wouldn't imagine crossing, and turns you on in the best of ways.... making you want more, yet knowing you shouldn't!

I will skip the synopsis and head straight to my reaction because I can't talk about the plot without just unleashing all the things you should read firsthand. This forbidden-taboo romance is going to make you feel things from a perspective that you never imagined. The dynamics between our lead couple (Kova the 32 y/o coach and Adrianna the 15-16 year-old gymnast) are so intense that you can't "look away." You want to scream at them both and let them be together all at once. They both clearly voice that they know better, yet can't fight their mutual feelings. There were moments when I was angry with Kova and Adrianna both. Other times I felt so badly for them, wishing they could be together. You truly feel in the moment with them, experiencing the turmoil right along with them.

Now, let's talk about the intimate scenes... sweet lord almighty. These were amongst the best scenes I've ever read! Maybe it's the risk and adrenaline of being caught, but the scenes were fantastically written in delicious detail.... they were so heady and intense, I was squirming in my seat! I've been waiting for a book like this for a while!

The gymnastic side of the story was also amazing. I have some gymnastic background as well and I feel like the storyline was not too sports heavy or light. It was just right and necessary to give us the type of relationship between Adrianna and the other gymnasts and coaches, the way Kova and Adrianna handled switching gears in the gym, and the risks of their subtle interactions being noticed by others. We also are able to see how the stress of their relationship affects her performance. Kova also is stressed with inner struggles at home in addition to the mess he and Adrianna have created.

I hope those that read this book read it with an open mind... one that simply allows them to see just how these things happen, and although it is morally wrong, the way such characters may think and feel in this position. Please don't turn it into an opportunity to put anyone under attack for their opinions. remember, it is a book, not a pledge to our feeling it is acceptable in real life.

And on that note, I say, this book is freaking amazing and I want more!

Wow this book is intense. Let me warn you by stating that this is a story about crossing the line of moral boundaries. The connection between Ria and Kova is at times beautiful, intense, frustrating, forbidden and tortuous. There were times where I questioned my own moral compass, because the author truly knows how to write where you no longer feel like you are reading, but actually in the story. I found myself pissed at Kova for so many reasons, but then also wanting him to make a move. Ria is a strong, young woman who is very mature and knows what she wants. At times her age does show through and you're like wait, dang it, she's only 15, and then want to protect her. I must say this book had me back and forth with my emotions and my morals. To me, that is what great writing is all about. I felt connected to the characters and felt like I knew them. I would love to learn more from Kova's pov and see how he felt the whole time. This book was intense and charming. The gymnastics part of the story was exciting and really caught my attention. Not being a gymnast and not knowing much about it, it was wonderful reading about this beautiful sport. I can't wait for the next book. *Reviewed for Sweet Spot Sisterhood *
~~~~~~~~

Finally, a sports romance with a female lead and not just as the romantic interest. Adrianna is determined to make it to the top as a world class gymnast her goal is to get to the Olympics. Her dad has an old friend, Kova, who is a top coach and enlists his help to train her. Now Kova was not a likeable character to me at first, he's arrogant, demanding, stubborn, and superior, but I fell and fell hard. There's just something about the way he's written that makes you want more. Adrianna comes across as spoilt, her father dotes on her, but her mother seems almost indifferent and jealous of her. As you read, you forget how young she is because she is one determined young woman. You will alternate between love and hate for all the characters even the supporting ones, because they add depth to the story. The author obviously has great knowledge of the gymnastic world. As someone who was in the sport when I was younger, I loved revisiting those old days. The story is well written and characters are relatable. It's sexy, it's thrilling, it's taboo, it's thrilling. Love, love, love it!  *Reviewed For Sweet Spot Sisterhood*
~~~~~~~~

*This review is for The Sweet Spot Sisterhood Blog. Read with caution as this review contains spoilers.

OH...MY...GOD! Never in all my years as an avid reader have I ever anticipated the release of a book like I have for Balance. I know this book has been in the works since 2014, but I only learned of it about 9 months ago. I relished any updates. Finally, a few days ago, just before midnight, this gem appeared on my kindle. It did not disappoint. Lucia Franco took the time to do her research. Her passion for gymnastics shines through the whole book.

Balance, book 1 in the Off Balance Series by Lucia Franco, is as riveting as it is wrong. It is a forbidden romance and so wrong has never felt so right! Balance is the story of Adrianna Rossi, a gymnast with Olympic dreams, and Konstantin Kournakova (aka Kova), her new gymnastics coach. She is 15 and he is 32. Yeah, you read that right. Not only is it morally wrong, it's illegal too. It pushes boundaries and might make you uncomfortable, but that is what all great books do. I absolutely loved it.

Adrianna feels like she is an outsider when she joins World Cup Gymnastics. Reagan the "It Girl" sees Adrianna as a threat, especially for Coach Kova's attention. She is in a new town and living all on her own. The only person that truly befriends her is Hayden, a member of the men's team.

"Desire can be deadly, temptation can be toxic." As hard as Kova tries he just cannot fight the attraction. He knows it is wrong. After several slips, desire and temptation get the best of Ria (Kova's nickname for Adrianna) and Kova, and the forbidden affair begins with innocent touches. Kova internally struggles with how right it feels with how wrong he knows it is. Kova is so hot and cold, it is a wonder we don't have whiplash. I love to hate Kova because of this. Each time they get together they risk both their careers. Did they risk it one too many times?

Are you Team Kova or Team Hayden? Although Hayden is more age appropriate for Adrianna, I am Team Kova all the way! Now I am impatiently waiting for book 2. Lol. And Malysh is my new favorite Russian word! Malysh, Malysh, Malysh! Kova can call me Malysh any day!
~~~~~~~~ 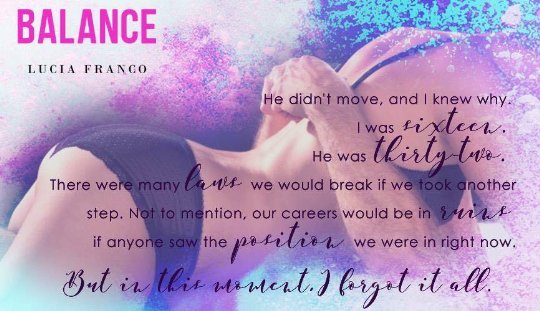 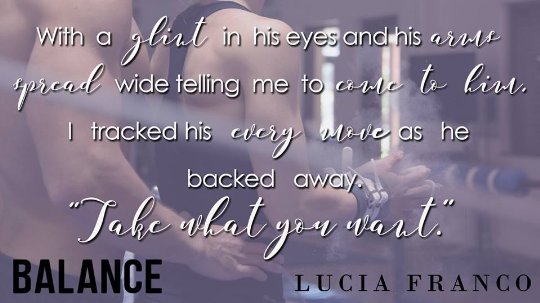 FOLLOW Author on Goodreads
Posted by Sweet Spot Sisterhood at 11:15 AM