He’s back.
Not just back in town, but living in the flat right beneath mine. And he looks good enough to eat, which is just one more reason to stay away from him.
But I can’t resist.
The sex is incredible (pretty sure we’ve shaken the house right off its foundation), but he can’t fool me—not this time. A degree in marketing and five years in advertising have taught me that “true love” is a fairy tale used to sell lipstick, diamonds, and perfume. It doesn’t exist.
He thinks I’m wrong, and he wants to prove it.
I think he’s crazy, so I dare him to try.
It might be the biggest mistake of my life.

“It’s so good to see you, Jaime,” he said. “You look great.” “You too,” I said before I could stop myself. I didn’t want him to think I still cared—in fact, I wanted him to know I wasn’t fooled by his charm. I wasn’t that silly little girl anymore, the one who’d doodled his name in her notebooks and blushed when he said hi at school and cried herself to sleep when he asked another girl to his prom. That silly little girl was gone, and in her place was a confident, smart, professional woman who knew her worth and, even better, the truth about love. No more stars in her eyes. But why did he have to be so hot? OK, pull yourself together. No drooling. “I’m so glad this worked out.” Quinn let me go but stood too close, his feet planted wide and his arms crossed over his chest. He wore jeans, a gray knit pullover that hugged his muscular chest and arms, and his feet were bare. His hair was damp and messy on top, just like it had been the last time I’d seen him in person. His full lower lip made me want to bite it. Maybe even draw blood. “Sorry, I just got out of the shower,” he said sheepishly, ruffling his hair. “Want to come in and catch up? Or maybe go out for a drink? I just need to throw some shoes on.” “No.” Trying desperately to shove the image of him in the shower from my mind, I elbowed past him and trudged up the stairs. My cheeks were hot, which meant they were probably turning scarlet. They ruined my poker face every time. “Come on, it’s Friday!” “I have work to do.” He was naked a few minutes ago. And wet. “Did you have a bad day?” “No.” Rivulets of water streaming over those muscles. “You already have plans tonight?” “No.” Steam rising as he stroked himself beneath the spray. “You don’t love me anymore?” I froze as the shower fantasy exploded into bits, replaced by a humiliation that paralyzed me, one foot on the top step, one hand on the banister. Slowly, I turned my head and glared at him over one shoulder. Now the grin cocked up on one side. “Because you used to, you know. You told me.” “You need to forget about that.” “Have you?” “Yes,” I snapped. “That was a long time ago. Back when I was young and impressionable and believed in love.” His brows went up. “You don’t believe in love anymore?” “Not the romantic kind. That’s a fantasy used to sell things like lipstick and roses and diamonds.” “Pretty jaded for twenty-seven, aren’t you?” I resumed heading up the stairs. “I’m not jaded, Quinn. I’m just a realist.” And I’ve been burned before, trusting guys way less attractive than you. He said nothing more, and I let myself into my flat. As soon as the door was shut behind me, I leaned back against it, exhaling and fanning my face. He still got to me. That was so aggravating. I mean, how was I supposed to sleep at night? Quinn Rusek was one fine piece of man candy, and I had a sweet tooth for him that wouldn’t quit. But he’d made fun of me! Again! A nice guy would have at least pretended not to remember what I’d said. Or maybe apologized for humiliating me. Or not have brought it up at all! What an asshole. A hot asshole—the worst kind. Curse you, Alex, and your generous heart. And curse you, Quinn, for getting under my skin again. You stay away from me. But a traitorous little part of me hoped he wouldn’t. (Bet you can guess which part.)

Add to your TBR on Goodreads 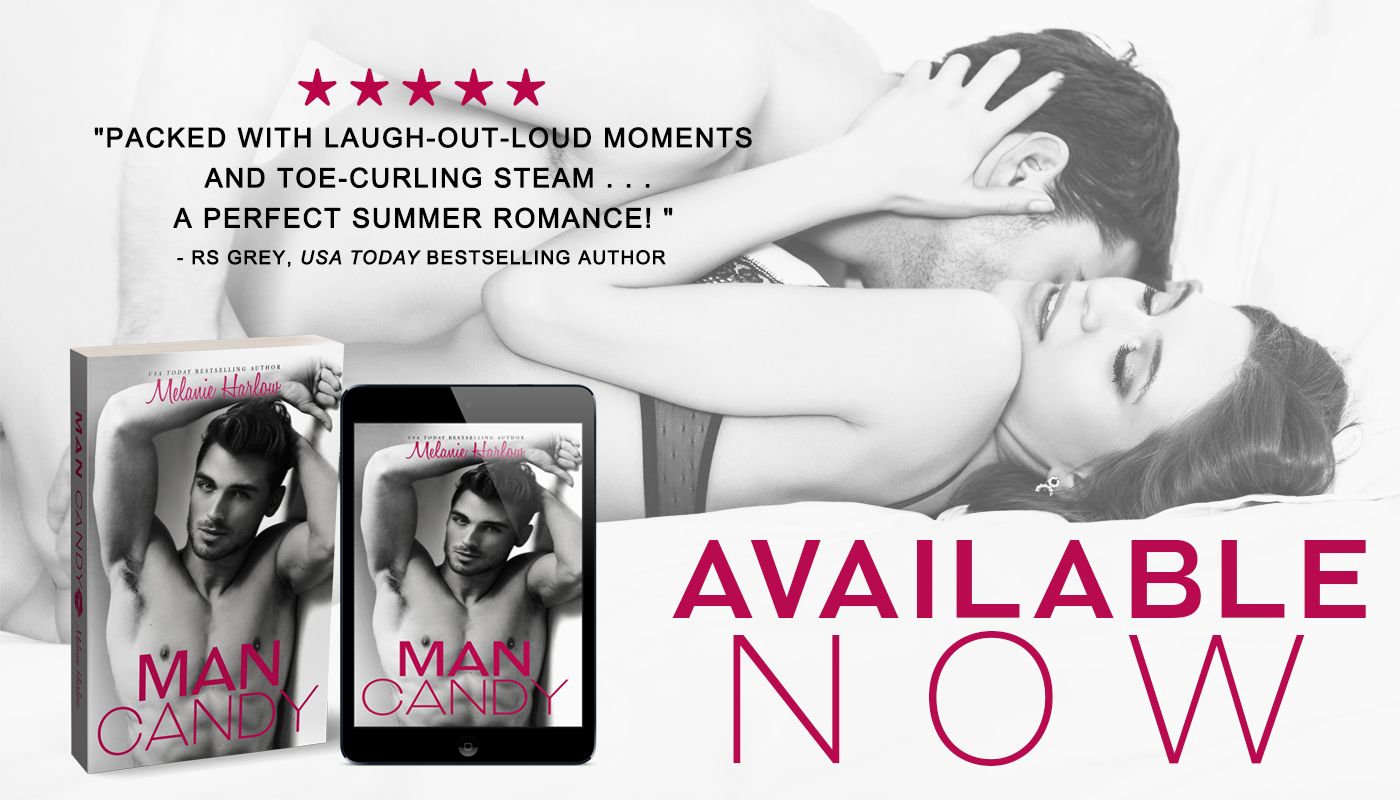 Melanie Harlow likes her martinis dry, her heels high, and her history with the naughty bits left in. When she's not writing or reading, she gets her kicks from TV series like VEEP, Game of Thrones, House of Cards, and Homeland. She occasionally runs three miles, but only so she can have more gin and steak.
Melanie is the author of the HAPPY CRAZY LOVE series, the FRENCHED series, and the sexy historical SPEAK EASY duet, set in the 1920s. She lifts her glass to romance readers and writers from her home near Detroit, MI, where she lives with her husband, two daughters, and pet rabbit. 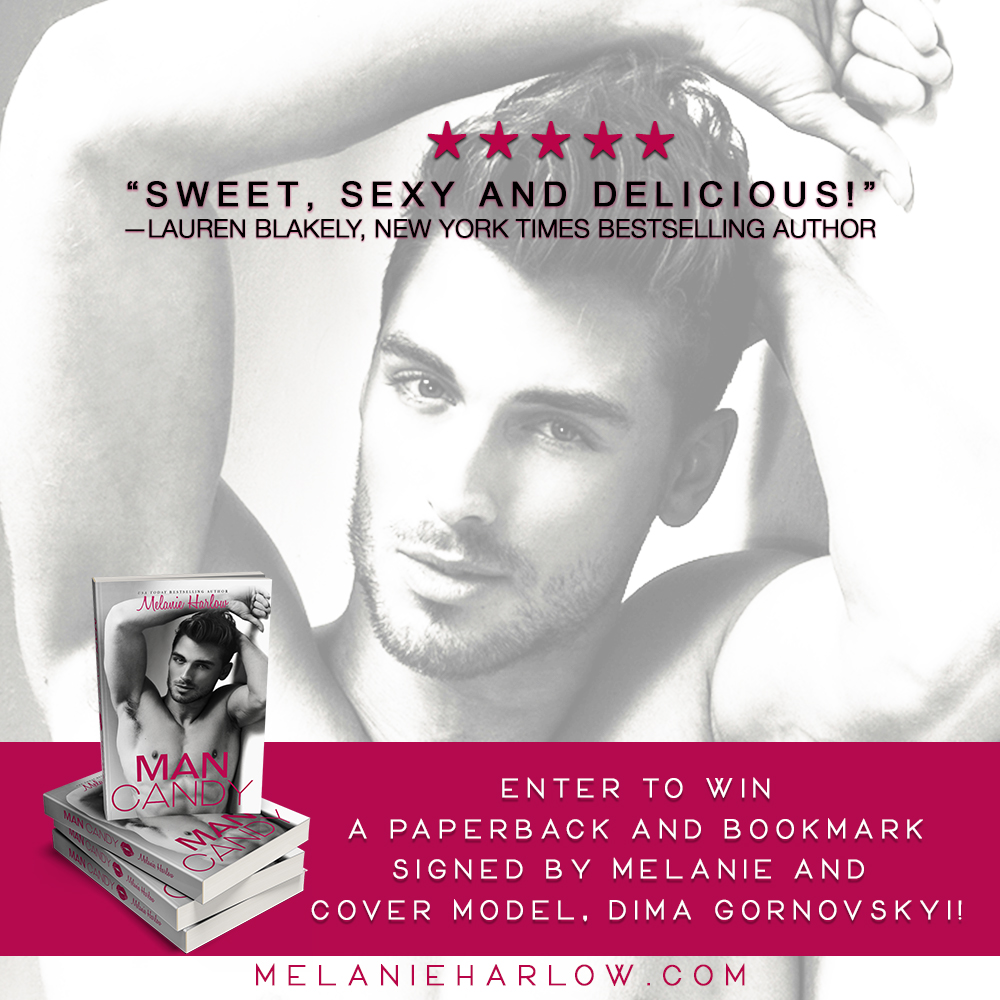 Enter to win a Paperback and bookmark signed

by Melanie Harlow and Dima.