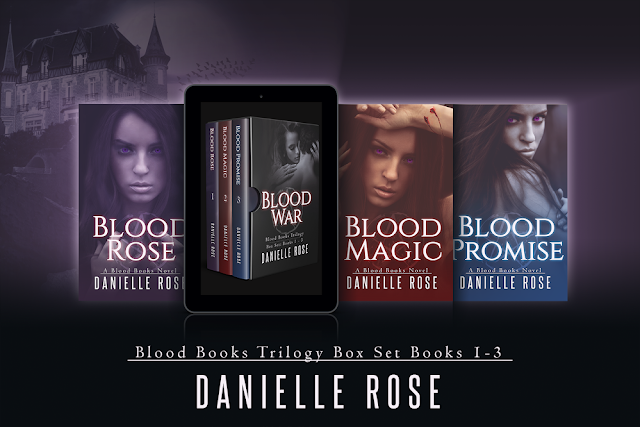 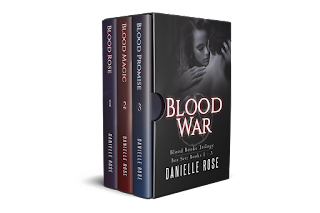 The Blood Books trilogy by Danielle Rose is Underworld meets The Craft that fans of Harry Potter and Twilight will enjoy! Readers are praising this "must read" trilogy as "unputdownable" and "purely addicting." 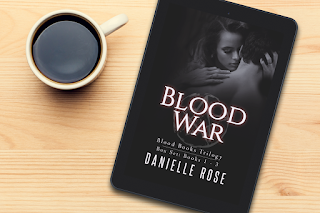 This omnibus edition includes all 3 books (over 700 pages!) in the spellbinding Blood Books trilogy!

The Blood Books trilogy is Underworld meets The Craft that fans of Harry Potter, The Vampire Diaries, The Originals, and Twilight will enjoy! Readers are praising this "must read" trilogy as "unputdownable" and "purely addicting."

This omnibus edition includes all three books (over 700 pages!) in the spellbinding Blood Books trilogy.

There's no wrath like that of a witch scorned.

Avah Taylor has been given a death sentence: as one of the only spirit users in her coven, Avah has been chosen to wield The Power, the ultimate weapon against the immortal vampire species witches have been at war with for centuries. The Power, given by the gods to one witch of each generation, is considered a great honor, but every witch before has died trying to master this all-too-powerful gift, one that the shell of a mortal can't contain for long.

On the night of her birth rite, Avah's coven is attacked, and Avah is left for dead. Confronted with a terrible choice, Avah must decide to either die or save herself by becoming like her enemies. Forced to seek refuge among the very beings she has sworn to kill, Avah vows revenge on those who took her former life from her.

As Avah slowly transitions into a life of blood and war and battles her own feelings for a man she is supposed to hate, she realizes everything she's been told is a lie.

There's a little witch in us all.

Avah Taylor thought she had already faced the worst: as her coven's chosen one, destined to receive a power that could kill her, she was forced to make the ultimate sacrifice when she gave up her mortal life to become a vampire, the witches' greatest enemy. But just when she begins to adjust to her new life, even as she falls in love with her sire, the high priestess of her new coven is seized by Rogue vampires.

Guided by Avah's visions of the past, present, and future, Avah and the other vampires set out to rescue their priestess, but their journey leads Avah to the discovery that the conspiracy behind her power runs deeper than she ever imagined, a secret that forces her to reconsider, once again, who she can trust.

With her abilities as both witch and vampire, Avah may be the only one who can locate her coven's high priestess. But as her visions grow increasingly terrifying, and her life is threatened by both enemies and those she once loved most, Avah begins to wonder if she may not have a future at all.

Be careful what you witch for.

Avah Taylor never wanted to be a vampire, and now, her immortal life is at stake. When tragedy strikes, Avah is cast out of her vampire coven and embarks on a mission to expose the danger of the witchcraft that took her mortal life from her. Her journey takes her around the world, from Washington State to London to Russia, but Avah can't run from a past deadly mistake that has come seeking revenge.

In this epic conclusion to the Blood Books trilogy, Avah's questions will finally be answered, but only at a terrible price.