REIN IN
by ANNE JOLIN 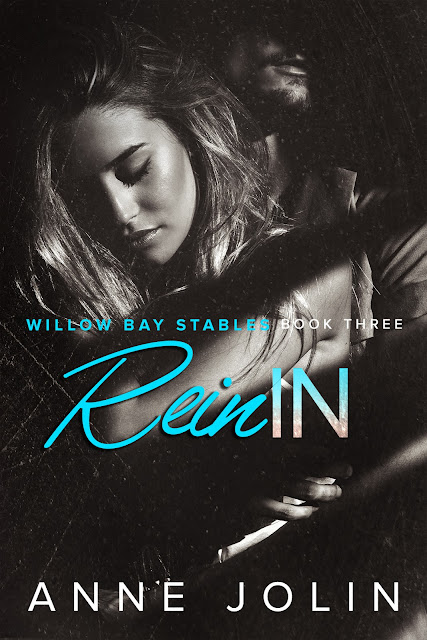 Aurora Daniels is the bleeding heart of her family. With a gift and a passion for helping to heal others, she has a legacy of kindness and gratitude—a modern-day saint.

Every Sunday since she turned eighteen, Aurora has driven three hours into the city of Edmonton, Alberta, where she volunteers at an equine facility that rehabilitates troubled youth by working with horses. With their increasing success rate, the facility is expanding to foster violent parolees in hopes of a more effective release into society.

Assault with a deadly weapon and attempted murder—that’s what it says under the name on his sheet. Rhys White is released on good behaviour and promises to remain under contract for community service at the Equine for Hearts facility for a court-ordered period of twelve months.

Willow Bay’s saint may have stumbled across the one sinner who can’t be saved from himself.

Will Aurora be able to rein in Rhys’s quest for revenge before it’s too late? Or will she spend the rest of her life loving a man behind bars?

Another great read from Anne Jolin. This is the third book in this series and it's about second chances. But not all second chances are in love, sometimes a person needs a second chance to create a better life. Rhys definitely needs a new start in life. Aurora is the all around perfect girl, but what happens she falls for the bad boy? Will Rhys change or will Aurora be doomed to live life loving the wrong kind of guy?
I love this story and the chemistry between them. This series really brings you in and grips your heart. This series is definitely heart warming.
*Reviewed for Sweet Spot Sisterhood*

ADD THE BOOK ON GOODREADS

He didn’t smile back, simply lifted his chin in my direction and shoved his hands in the front pockets of his ripped jeans.

I crossed my arms over my chest and made a clucking sound with my tongue. “Looks like your all mine this afternoon.”

Somehow that had sounded different in my head then it did out loud and my cheeks flushed what I imagined was a bright pink. Of course I’d tricked him into spending the day with me, but it wasn’t something I planned on outright telling him just now.

The corners of his mouth twitched, like maybe he’d considered the idea of smiling but again, he did not speak.

“Right, okay then.” I filled the silence.

Pushing off the truck with my butt, I walked in the direction of the two double doors ahead of us. Lucky for me, he seemed more focused on what I was doing then he was at reading the sign on the door we were currently passing through.

“Table for two.” I told the hostess when we stepped inside.

“Let me check if we have any booths available.” She smiled at us and left to do a walk through of the restaurant.

Rhys started to back towards the door and a hint of panic bubbled up in my throat at the thought that maybe he really would run away from me, again.

“If you leave now you’ll embarrass me.” I blurted.

It was low, almost the equivalent of threatening to cry, but it worked.

He quit retreating but his eyes fell away from me and he just stared at the floor. The black equine for hearts tee that he’d cut the sleeves off of seemed to somehow make his arms look longer inside the small entryway.

I guessed for the first time that he was probably somewhere around six foot three.

The hostess returned and grabbed two menus before promptly leading us to a booth in the back of the restaurant.

No sooner had my butt grazed the vinyl did the questions erupt from his otherwise silent demeanour.

“What is this?” His voice tumbled across the table like a freight train.

“It’s a date.” I deadpanned, flipping my menu opened. 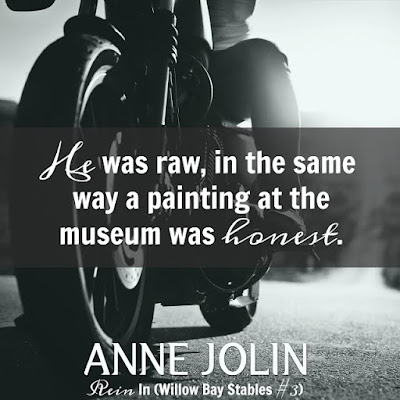 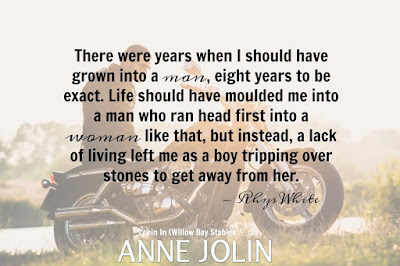 OTHER BOOKS BY ANNE JOLIN: 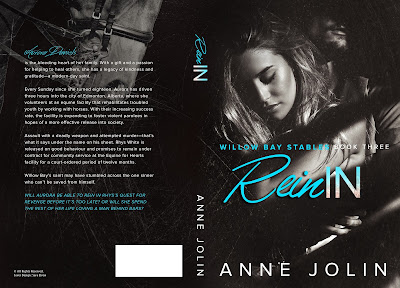 — ABOUT THE AUTHOR: ANNE JOLIN —

I was born and raised in Ladner, a small farm town just outside Vancouver, Canada.

I never expected to be an author. Writing was something that snuck up on me and rooted itself into my life. It was beautiful to discover that love, and I’m truly grateful to say I’ve found my passion.

If I could leave y’all with one thing, it’s that life’s far too short to not live it out loud. Drown in your passions, hold on tight to the things that inspire you, and chase your dreams relentlessly. I can promise you without a doubt that you won’t regret it. I know I don’t.

$25 Amazon Gift Card up for grabs!