Last of the Temptation series - all books are standalone reads 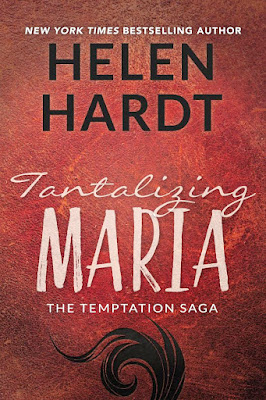 Synopsis
Maria Gomez married her lover's brother to give the baby she carried the name and future she deserved. Now she is widowed, and her oldest child's father―the only man she ever loved―has returned. In prison for a crime he didn't commit, Jefferson Bay never forgot the beautiful woman who betrayed him with his own brother. When DNA evidence proved Jeff's innocence years later and he was released, he vowed to find Maria and seek his revenge. The passion between the two has never died, but can they learn to trust each other again?

New York Times and USA Today Bestselling author Helen Hardt’s passion for the written word began with the books her mother read to her at bedtime. She wrote her first story at age six and hasn’t stopped since. In addition to being an award winning author of contemporary and historical romance and erotica, she’s a mother, a black belt in Taekwondo, a grammar geek, an appreciator of fine red wine, and a lover of Ben and Jerry’s ice cream. She writes from her home in Colorado, where she lives with her family. Helen loves to hear from readers.