Can two afflicted strangers from the dark side, help each other back to the light?

Willow Steele is a survivor - barely. Her mother was murdered in front of her. Eight years old. Nowhere and nobody to call home. Willow did what she had to in order to survive life. Alcohol. Drugs. Rehab. Faced with a straightjacket, a bare cell at Ferndale and the prospect of going cold turkey from the vices that have been keeping her alive, Willow is furious. She wants her drugs. She wants her freedom. She wants out of this place.

Hunter Edwards is an addict. Just one taste, to impress a girl, and heroin ended up taking every bit of self-control he'd ever owned. Six months later he is hooked and spiralling out of control. Break and enters, car accidents, trouble with the law. His mother and the cops sign him into Ferndale as a last resort before shipping him off to the army.

That's where he sees her. Willow. The girl in the cell. The dark haired, blue eyed angel that steals his heart.

Can Willow & Hunter help each other through the hardest fight of their lives? Or will they both fall harder than ever before?

This is a dark romance. It is not for the faint hearted. You've been warned...

This is not an easy book to read as it deals with very difficult subjects. Please heed the warnings that it deals with addiction, rape, murder, and torture, but there is love.

Willow and Hunter have both dealt with pain and despair and meet when they are at their lowest point and in rehab. Neither of them were looking for love and it's definitely not the best time to start a relationship, but often love comes when you least expect it.
It's a very raw, emotional story that is, yes, about addiction, but also about accepting and dealing with it and coming out the other side. It will break you, give you hope and heal you.

This review of Torment by Aleya Michelle is for The Sweet Spot Sisterhood Blog.
This is the first book I have read by her. While I wasn't immediately impressed, it did begin to grow on me. I liked the story she was trying to tell. Both the main characters, Willow and Hunter, are flawed in their own ways, but they both turn to drugs and alcohol to cope. They both make poor decisions and end up in rehab. This is where they meet and where their story together begins. My only major concern is that Hunter's legal trouble just seems to disappear. I give it a solid 3 Stars.
* * * 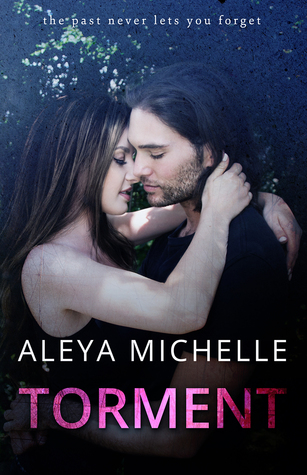 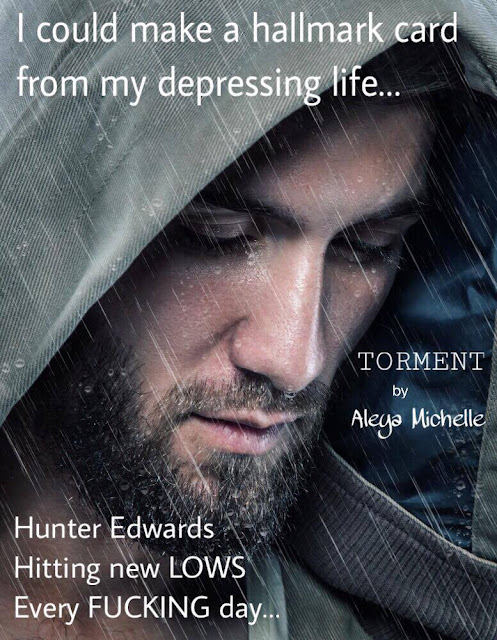 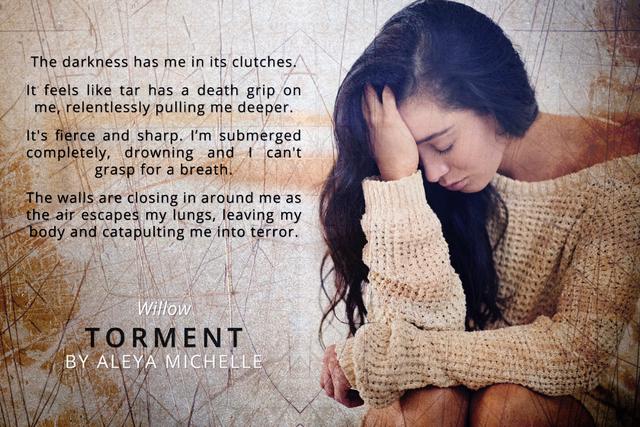 Born and raised in Sydney, Australia. Aleya Michele is in her thirties and happily married with three gorgeous boys. Aleya is the author of six full length books and one novella. Her first love has always been reading, so the writing side is very natural. Favourite books include anything by Abbi Glines, but Fallen too Far is a favourite, Pulse & Collide b Gail McHugh and The Driven trilogy by K Bromberg. Hobbies are playing netball; shopping and listening to music, which is frequently added to her writing. Aleya looks forward to introducing her readers to new characters, as her new book’s come out. She totally enjoys this rollercoaster of being an Indie author and hopes others enjoys her writing as much as she loves writing it. 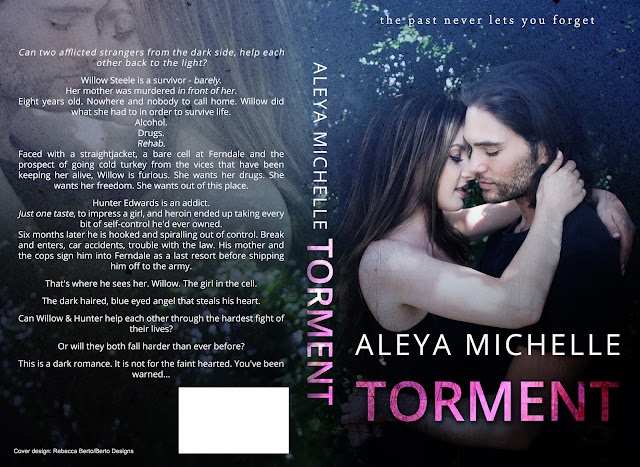