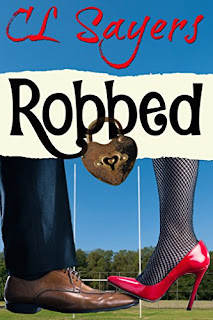 Olivia Murphy thought she’d managed to get a handle on her life.

Robbed of her strength and confidence at school by a group of bullies, she fought back. She made a new life for herself. A new name. After losing her soon to be fiancé in a car accident she sought out the armour she developed in school and refused to have anything more in her stolen.

Until she comes face to face with one of her tormentors. The one she trusted most of all. Who not only broke her psyche, but her heart too. Fintan Kelly.

Olivia decides that for once she’s going to steal something back, revenge. An eye for an eye, a tooth for a tooth and his heart for her heart.

Will her quest to avenge the wrongs from her past give her the closure she hopes? Or will she find that no matter how much of yourself, or your past, you try to change some wounds are so deep you don’t even realise you’re keeping them open.

Lies and misunderstandings from a mutually troubled past will either bring this couple together or rob them both of everything important.

Review by Becky Rendon
3.5 of 5 stars

Words to describe a large chunk of Elizabeth McKeen's life. Her only saving grace was her best friend, Fin, until he became part of the problem.

Years later Livvy, yes Livvy, has changed more than her name. She is a successful woman with a tragic loss. It only takes one look to realize the man standing next to her bestie is also the one who broke her heart.

Do you try and reconcile or do you exact revenge? Which will make you feel better?

It's a cute story and slightly indicating for those of us under the talons of Stepford b!tches growing up. That speech was awesome.

reviewed for The Sweet Spot Sisterhood

Review by Anne Milne
4 of 5 stars

If you've ever been bullied, then this book will strike such a chord with you, it will bring memories back giving you all those feelings again.

Elizabeth spent a lot of her life feeling inferior, insecure, and scared, but her best friend, Fin, was the one person that helped her get through it... until he doesn't. He becomes part of the pain.

I don't know if the author has had experience of being bullied, but she managed to convey all the feelings of despair and self loathing. My heart broke for her, I just wanted to give her a hug and show her some compassion.
Years later she's a different woman. She's now Lizzie, a successful author. She's confident and has good friends. She meets Fin again, but he doesn't recognize her and the opportunity for revenge is too hard to resist.

Will she go through with her plans? What will happen when Fin discovers her secrets?