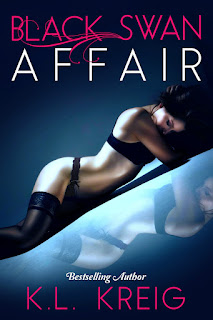 I’ve loved him as long as I can remember.

The gangly boy with big brown eyes and unruly hair who grew up into an intoxicating man. He wears scruff like he invented it and ambles with a swagger that makes panties drop.

He was always meant to be mine.

He came back, all right. But instead of smelling of promises, he stunk of betrayal. And he destroyed me—us—the day he married my sister instead of me.

So I did the only thing a girl like me in my position could do.

I got my revenge.

I married his brother, Kael.

What an amazing book, I couldn't put it down my emotions were all over the place.


This is a very tangled story that involves Maverick, Killian, and Kael. Maverick has been in love with Killian for years. When she thinks of her future all she sees is him, but when he betrays her, she gets her revenge by marrying his brother.

The story alternates between the past and present, so we get to see how they got to be in this huge mess. At the start, I wasn't sure I liked Maverick, but as the story developed I began to change my mind as she really grew on me. Killian frustrated me. I was screaming at him to tell us why, why did he do it? Kael -- I felt for him so much. You can tell he loves his wife. We get all their POV'S so we know what they are all thinking, but there are secrets and when they come out it will have an impact on everyone.
Worth so much more than the 5 Stars I can give it.

Review by Sam Lewis
4 of 5 stars

This review of Black Swan Affiar by KL Krieg is for The Sweet Spot Sisterhood Blog. I give it 4 Stars.

I loved the actual story itself, however, all the jumping around kind of ruined it for me. I love the idea of getting the perspective from the two main characters. The jumping back and forth in time and between two people is where it gets messy for me anyways.

"The Black Swan Theory is a metaphor describing an event that comes as a surprise, results in major impact to the environment or our personal lives, and tends to be rationalized after the fact with the benefit of hindsight. Because we’re humans, we try to invent explanations for an occurrence that doesn’t necessarily have one, so it makes sense to our small brains. We try to use that event and those explanations to predict future events like it. To learn from them. Deal with them better, maybe. Stop them from happening again, I suppose.

In the sixteenth century, when the phrase itself was coined, the black swan was presumed an impossibility, assumed not to exist. Therefore the Black Swan Theory in and of itself has no merit.

But impossibilities do exist. I am living proof of the Black Swan Theory and that sometimes there is no rationalizing events away. There is no simplifying the complex. Some things happen simply because they happen. And in the end knowing why doesn’t change a damn thing anyway. The damage is already ~ Maverick DeSoto Shepard, 2016"

Black Swan Affair is the story of Maverick DeSoto and the Shepard brothers, Killian and Kael. Mav is friends with Kael, but Killian has her heart. Killian leaves town for a couple years for work then comes back. Mav cannot wait to rekindle her relationship with Killian. She was in for a shock of a lifetime because when he came back, he was on the arm of another woman and they were engaged. WTF is right! How could he do that to Mav? Mav was devastated, her heart was shattered into a million pieces. Kael was there to pick them up. Could she learn to love him? Go one-click this book to find out how this story plays out.

Wow! That was an exhilarating read! This story will honestly take you on a ride. Your emotions will be all over the place and half the time I didn't even know who I was rooting for. I felt like I was anywhere and everywhere. There is angst, there is lust, there are multiple people involved, there is the past, the present and who knows about the future. This is definitely a spider web full of all of the above. I don't want to give anything away because his author did an amazing job of weaving this web and keeping the reader on the edge of your seat the whole time. If you are looking for a book that's going to draw you in and not let you go this is the book for you. I loved the authors writing ability and how well she kept it all put together, even when I had no idea what was next!
*Reviewed for Sweet Spot Sisterhood*
* * * * * * * *

Posted by Sweet Spot Sisterhood at 3:21 AM