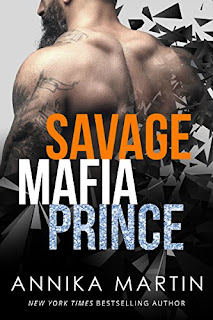 Where is Kiro?
He’s the lost Dragusha brother, heir to a vast mafia empire—brilliant, violent, and utterly savage…and he’s been missing for years.

Ann
I'm supposed to be doing simple undercover research at the Fancher Institute for the Mentally Ill & Dangerous, but I can’t keep my mind off Patient 34. He’s startlingly young and gorgeous, but it’s not just that. He’s strapped way too tightly to that bed. And there’s no name or criminal history on his chart. What are these people hiding? My reporter’s instincts are screaming.

Here's the other thing: the staffers here believe he’s so sedated that there’s not a thought in his head, but I catch him watching me when nobody’s looking. Our connection sizzles when I enter the room. When our eyes meet, I know he understands me in a way nobody else ever has.

I’m supposed to follow my editor’s orders—I have secrets, too—but everything about Patient 34 is suspicious. How can I not investigate?

WOW WOW WOW!!!
I often read a book and think that's different but I can honestly say that I've never read anything quite like this before. I have to be vague with this review because I really don't want to spoil it.
Kiro is a great character. To everyone, he's a mystery a man, deemed to be extremely dangerous. Ann is a reporter doing an undercover story when she encounters (not telling you where) Kiro. Ann is haunted by past events (not telling) while trying to go her job and uncover the secrets that are all around her.
Yes, we have the Mafia and all the danger that goes with it, but you get so much more, a very unconventional love story that is equal parts sweet and loving as well as dangerous and sexy.
Will the brothers be reunited, will the savage be able to live a 'normal' life? Read this book you don't be disappointed.

I absolutely love a story with a good strong heroine putting herself out there. Ann may have her struggles stemmed from recent traumatic events overseas, but she pushes on for the greater good and always fights for what she thinks is right.

While working as an undercover reporter in an institute for the mentally ill and dangerous, Ann connects with one of the patients, only he is completely drugged into oblivion, but she can feel it. She feels a connection to him that is unexplainable. He is also deemed the most dangerous, but she can't find anything about his history in his patient file. Following her natural journalist instincts, she pursues his story instead of the one she was there for in the first place.

Kiro is a mystery. No one knows why he is there, just that his information is classified. He is regarded as extremely dangerous. He is all kinds of muscle, thick long hair and beard, and a beautiful face. What will happen if his meds wear off? ...when the savage awakens? OH, do you ever need to read this!

You get all the feels or angst and intrigue with this book as well as fantastic mafia action. In Kiro you will experience all the best of male leads: sensitive, barbaric, intimidating to the max, thoughtful, alpha-dominant, touching... he is the full package. I've never wanted a character to take me home and tear me up like this one! Take me, I'm ready! 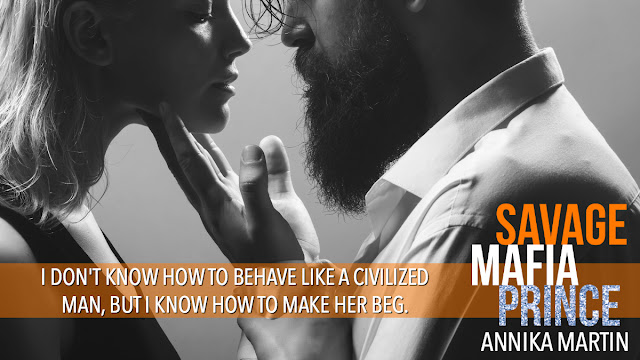